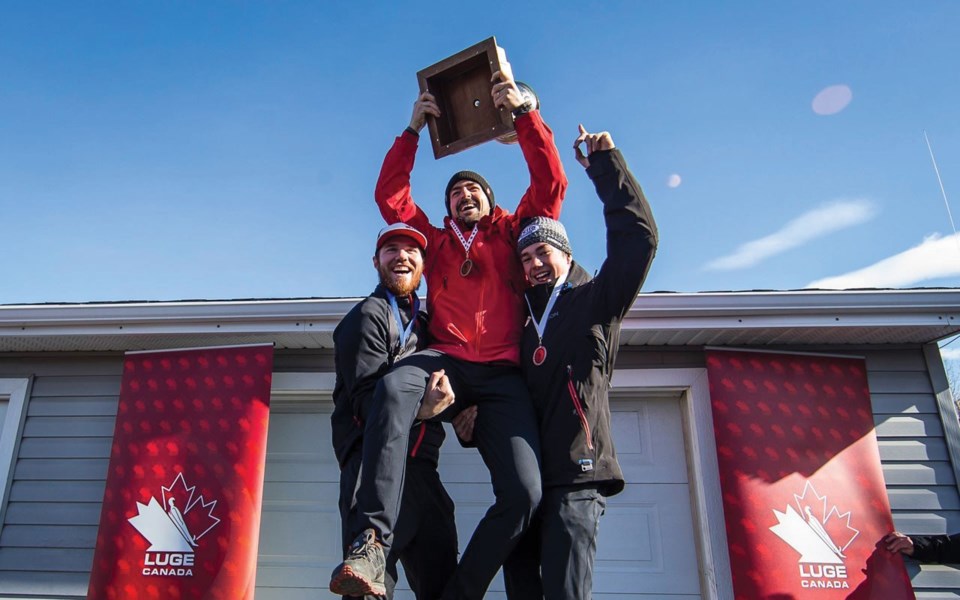 After his retirement a year ago, Sam Edney is back with Luge Canada.

The former racer was named as the organization's high-performance director on June 24, and he is set to start in the role on Aug. 12.

"I'm absolutely thrilled to have the opportunity to have a positive impact on the future of our sport in Canada," the 34-year-old Edney said in a release. "I know the work that goes into the process of developing a medal-winning program, and now I get to be a part of the team that works extremely hard on the other side to support our athletes and coaches. The dream remains the same. I am now motivated to give our athletes the opportunity to achieve their own performance goals and get our program back onto the Olympic podium."

Edney was only the second Canadian man to hit the individual World Cup podium in luge, and served as the leader of a young men's team for nearly a decade.

"Sam is a highly-motivated professional who knows what it takes to win," Luge Canada executive director Tim Farstad said in a release. "His track to the podium was long and gradual, loaded with devastation and celebratory moments. Our program is now beginning a new era. He understands the patience and time investment required to build a medal-winning program. This is a new beginning for Sam. I know he will grow in his new role with our program and I am confident he can transfer the knowledge gained as an athlete to ensure luge in Canada continues its success well into the future."

The Nanaimo native is leading a class-action lawsuit in the B.C. Supreme Court claiming that women on the ski team between 1996 and 1998 were subjected to "psychological, physical and sexual assault, harassment and abuse" by former coach Bertrand Charest.

Charest was sentenced to 12 years in prison after being convicted of 37 sex-related charges in 2017. He is, however, out on bail pending an appeal.

The suit claims that Alpine Canada had a "failure to publicly acknowledge and investigate" claims against Charest.

The claims have not been proven in court and, according to CBC, Alpine Canada released a statement in which it "applauds the tremendous courage Allison and other women have shown in coming forward and speaking out."

On July 2, Alpine Canada settled out of court with former skiers Genevieve Simard, Gail Kelly and Anna Prchal after they accused the organization of ignoring Charest's abuse.

"Although we cannot undo what happened, we feel it is important to recognize and acknowledge that instead of providing support when the abuse was discovered, Alpine Canada put itself first, not the victims," the federation said in a release, reported by the Canadian Press. "For this, we are profoundly sorry."

The three women, who filed suit in December 2018, demanded $450,000 each. All three were minors at the time of Charest's abuse.