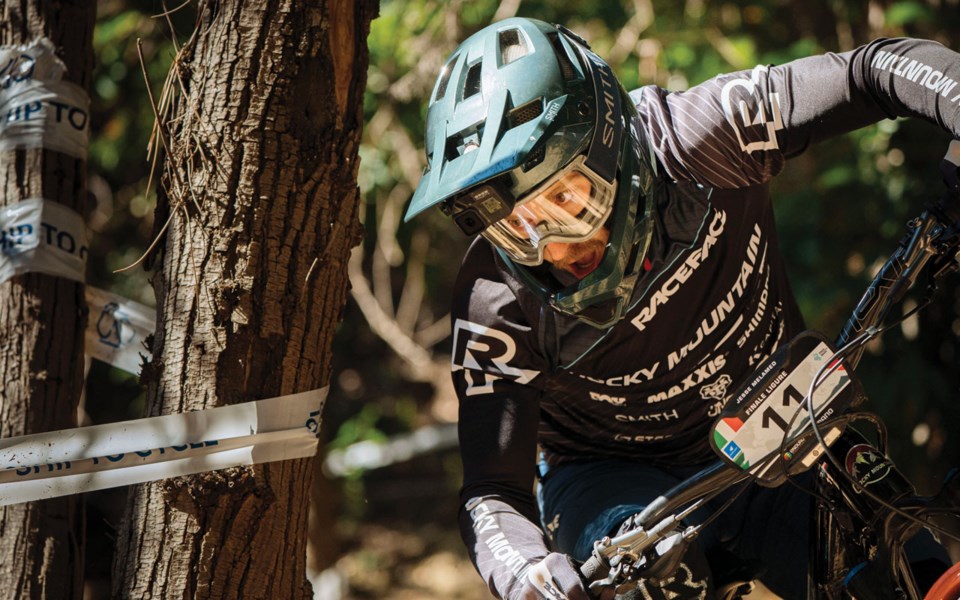 As the COVID-19 pandemic drags on, a second summer of events is starting to see cancellations.

On Feb. 11, the Enduro World Series (EWS) announced that it would not host its annual stop in Whistler during Crankworx, instead planning to focus its season on European contests. At the same time, the EWS called off its late-season Trophy of Nations contest, given that not all riders will be participating this year and some countries may be left out.

“Both Whistler and the Trophy of Nations will be sorely missed this year, but we fully expect both to be back next year when we can enjoy them to their full potential,” an EWS spokesperson said in a release. “We feel confident in the 2021 calendar, and with nine rounds of the EWS and four EWS-E races it’s our biggest season of racing to date.”

Last year, the EWS cancelled its Whistler race at a time when Crankworx still hoped to go forward, though the festival was later called off.

In a statement, Managing Director of Crankworx Darren Kinnaird said it was tough to lose the contest, but acknowledges the reason behind it.

“While we’re sad we won’t get to host EWS Whistler this year as a part of Crankworx, we agree this is the best decision given the continuing uncertainties around travel and events,” he said, noting he expects to welcome the EWS back in 2022.

Jesse Melamed, who won the Whistler race in 2017, said while he was disappointed, he’d seen the writing on the wall for a while.

“I had already assumed that was the case, just with the way things are and the way things happened last year, I never really thought it was going to happen,” Melamed told Pique. “Through this whole thing, I learned to not really expect anything.

“I wasn’t surprised, but I’m definitely a little bit bummed that it’s another year that we don’t get to race at home and another year where it’s only in Europe.”

In 2020, the only stop on the tour that ended up being cancelled outright was Whistler’s mid-August dates, as the Rotorua, New Zealand event came just before coronavirus concerns were heightened and the Innsbruck, Austria festival was rescheduled from June to October.

At this point, Rotorua is scheduled for November instead of its usual March slot, while the rest of the calendar is still being calibrated. The hope is to announce the full slate next month.

“As for Crankworx as a whole, we are continuing to watch how things unfold in B.C. and around the world, and are assessing our options. The positives are that we still have a long runway to make things happen, and there’s certainly an appetite for something that will bring the bike community together safely,” Kinnaird said.

On a personal level, Melamed will be looking to outdo his shortened 2020 campaign in which he won two of three races and took over top spot in the EWS rankings.

But with the season forgoing spring racing and starting in June, he’s been spending the winter ski touring to stay active.

“In the past, I’d kind of shy away from it a little bit because I’d get carried away with it, but now, subconsciously, I’m thinking ‘the season’s so far away and I’m still getting some good training in,’” he said.

As well, staying closer to home keeps Melamed from getting in his road miles during the winter, so it’s a fine alternative.

“With ski touring, there’s no lift access and I’m just trying to get really big days,” he said.

“It’s a good way to balance all of the intense training that I normally do.”

Melamed explained that he enjoys the winters, as it’s an opportunity to think of himself as a “training athlete” rather than specifically a biker. Staying in Whistler has provided stability that he hasn’t enjoyed in years as well.

“I’ve been in a routine for four months now and it’s really cool to see the consistent growth,” he said.

When the EWS season does begin, Melamed will likely have to reckon with Sam Hill and Richie Rude, two all-stars who weren’t on the scene in 2020.

“Maybe that’s why I’ve been skiing so much, because I don’t want to be on the bike or thinking about the bike because it might stress me out a little bit,” he chuckled.

“I don’t feel like I have a target on my back.

“I’m still pretty much the same that I was and just had some validation on all the work that I’ve put in.”