Final Nimby Fifty set for May 25 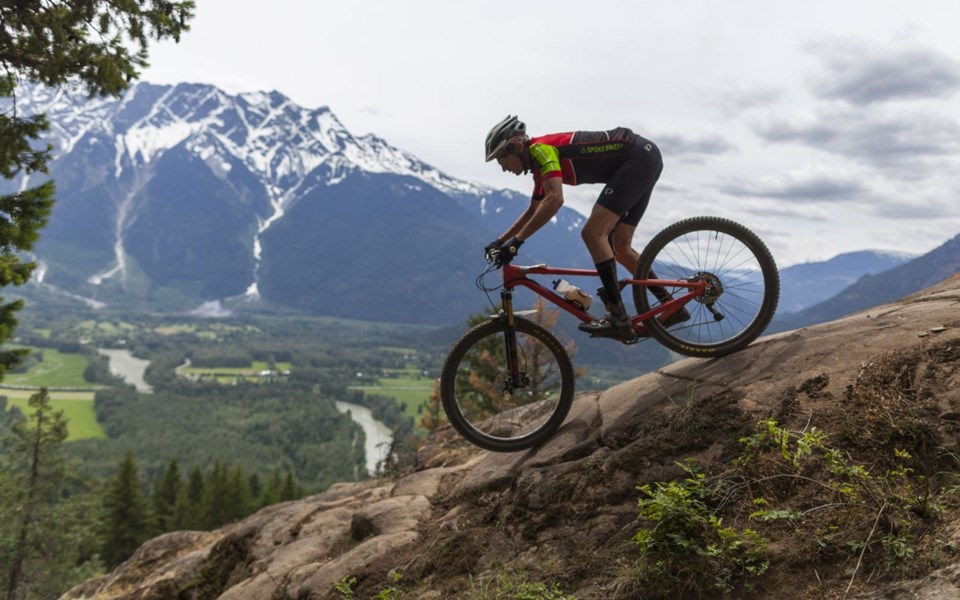 LAST RUN The Nimby Fifty will have its last hurrah this Saturday, May 25. <ParaStyle:CUTLINE\:CUTLINE Credit>Photo by Terry Evans

It's funny sometimes how people react when they find out something is going away.

Take the Nimby Fifty, for example.

Co-founder Terry Evans said the race reached its cap of 420 riders just once in its first nine years, but when he and co-founders Dean Linnell and Russ Wood announced that Year 10 would be its last, demand soared. They opened more spots and thus, are expecting roughly 650 riders to take on the 37-kilometre race just east of Pemberton on May 25.

Wood said the race was originally going to be open to past participants, but eventually decided to allow rookies to give it a go.

"We kind of felt bad saying no, so we just opened it up," he said. "It's pretty cool to see how many people have decided to come out this year. We definitely wanted to do one last one and make it special."

Evans said that in recent years, the number of entries had dropped to roughly 300 so the three organizers decided to make the 10th year the final edition.

"We saw the numbers come down, and because we've been doing it a long time—we all have kids and families and are super busy—it just takes a lot of time and effort to put the event on," he said. "We made the call last year. Because this year was Year No. 10, it was a good number to close it out with."

Added Wood: "Ten years ago, I only had one kid and they were young, and we all had just had families. As life goes on, it gets a bit more complicated and more things start to happen, so basically, we felt like we were not able to put enough time into the event to make it what we wanted to be ... We wanted to go out on top rather than just hanging on forever."

The increase in ridership necessitated a move back to the race's original location, at the old Pemberton Music Festival grounds just across Highway 99 from the traditional North Arm Farm hub, which will still serve as the finish line. As well, there will be a Friday night sign-in for locals and those staying in Pemberton or Whistler to avoid the chaos of signing in on Saturday's race day.

The Nimby Fifty has always included live music to help create a fun après atmosphere, though never more than one act. Papa Josh performed for each of the first eight years, but when he was unavailable, DJ J to the U stepped in. This year, both will perform, as will Ari Neufeld.

"We've always tried to make it more than just a bike race, but (also) a really good party," Evans said. "Apart from the course, one of the things that's always made the race something that people put on their calendars and want to get to is that the event itself is something that they want to be at.

"We race as well, so we're creating a race that we'd want to race."

Evans fondly recalled the race's origins at the Pemby Fest grounds before moving to North Arm Farm for its second year and beyond.

"We had 200 people and it was a really cool vibe hanging out in the field on hay bales. Papa John is playing his tunes and everyone is hanging out drinking beer. It's what we'd always hoped for," he said. "Then it kept growing every year."

It's also attracted some big names for a local race, with three-time Olympian and 2011 world champion Catharine Pendrel regularly signing up, while Olympians like Max Plaxton also made their way to the race.

"Catharine Pendrel actually came out for our first year, so right from the beginning, we were (thinking), 'Oh, wow,'" he said. "We thought we were holding this race for people in the Sea to Sky, people from Vancouver, and all of a sudden, Catharine Pendrel shows up.

"We thought we were onto something."

Wood added that he was particularly proud of adding a race-within-a-race, the downtime contest, into an early edition of the Nimby Fifty at a time when such challenges were uncommon.

He was also pleased to see local ridership from Pemberton grow to roughly 70 athletes this year after some initial rockiness in the race's early going.