Fleckenstein returns with a vengeance 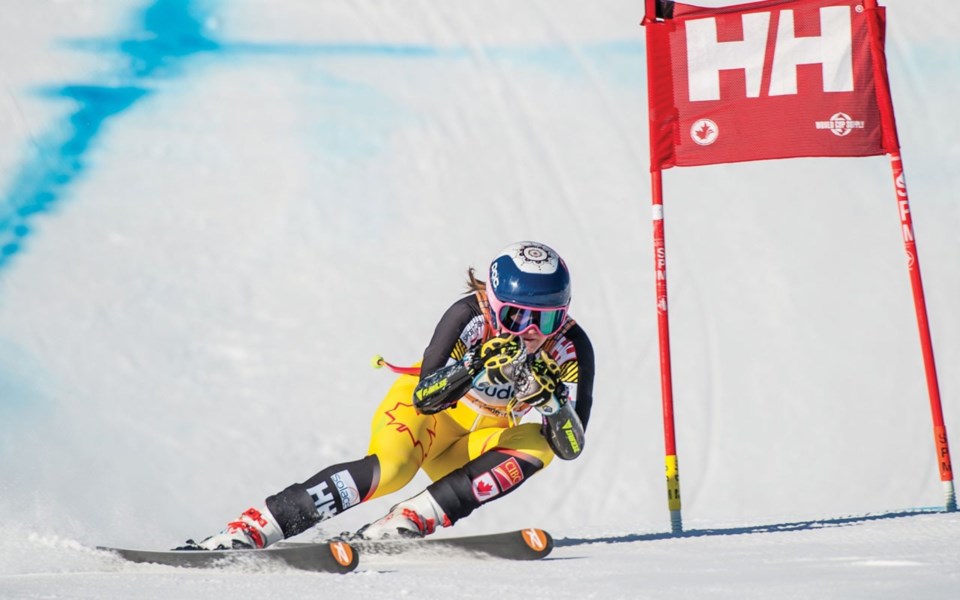 COMEBACK TRAIL Katie Fleckenstein came back from being hit by a drunk driver in 2016 to win the U19 national giant slalom title this year. Photo by Steve Fleckenstein

On that ride, the Whistler Mountain Ski Club member was hit by a drunk driver, and as a result spent 10 days in the intensive care unit, including two days in an induced coma.

After her initial, intense recovery, Fleckenstein then had to put the other scattered building blocks of her life back together, as she learned to walk again, and, just over a year after the collision, got back on the slopes to compete in tough NorAm Cup competition.

After making progress throughout the season, the 18-year-old recently put up a star performance at Sport Chek Nationals at Red Mountain Resort in late March. The highlight for Fleckenstein was taking home the U19 giant slalom title. Her reasons for success were simple.

"Just being back out West and being around my old team and my old coaches, being out in the sun again, I do well there," she said.

Fleckenstein explains she was already recovering from ACL surgery when she was hit, but the crash left her with a fractured skull in two places, a brain injury, and a broken shoulder blade and elbow. She went to Fortius Sport & Health in Burnaby well over 100 times as she recovered, and also received treatment at Back in Action here in Whistler. Fleckenstein added she had to receive treatment from an eye doctor to fix her vision and a cognitive doctor to help treat the brain injury.

"The first little bit of my recovery was not hard. The summer after my accident wasn't hard because I wasn't really aware of the work I was doing," she said. "It should have been really hard. I worked really hard. But I never really saw it as work. I just saw it as what I had to do to get back to the level I was at before."

Fleckenstein credited her father, Steve, for attending each and every appointment. On the skiing side, she thanks Mark and Britt Tilston for their encouragement and attention.

Fleckenstein didn't hold back in her first competition on snow, dropping into NorAm Cup action at Colorado's Loveland Ski Area Valley in November. While Fleckenstein took a little while to get her results where she'd like them, she was grateful to be back.

"On the chairlift going up to the start, I started crying. I was so full of emotion because it was a goal just to get back into the start gate, and I was there," she said. "The race didn't go that well. But I was just so happy that whole series. I couldn't wipe the smile off my face."

For this season, Fleckenstein moved to Vermont to attend Green Mountain Valley School (GMVS), which works with the U.S. Ski Team. She described an environment where she can effectively balance athletics and academics.

"It's really cool to be around a bunch of my kind of people. I went to public school in Vancouver and I was pushing myself. But now at GMVS, I have 10 other girls who are trying to get to the same place as me. We all push each other ... We all work together and we all encourage each other to get there," she said.

Fleckenstein added her skiing has improved, not only because of the opportunities she's afforded as part of a ski academy, but because of the natural eastern terrain as well.

"I've learned how to ski on ice and not just powder everyday. It's been a really good return to snow and everything for me," she said. "I can get a lot more aggressive with my angles. I can generate speed now instead of taking what the course gives me."

Fleckenstein explained her days are typically structured with afternoon classes following either workouts or time on the hill earlier in the day.

Though she still has a couple more races this season, the national meet was the major event on Fleckenstein's calendar. In addition to the giant slalom title, Fleckenstein was also third in the slalom category.

"I had a goal in the back of my mind that I wanted to do well at nationals, but I wasn't really progressing as well as I'd planned on," she said. "There were a bunch of World Cup skiers at these (NorAm Cup) races so I wasn't getting the results I'd planned on.

"(The results at nationals) were a bit of a surprise, but they were a goal."

Other Whistlerites starring at nationals included Asher Jordan, who was second in the U19 slalom chase, and Jack Crawford, who was third in the national slalom championships.