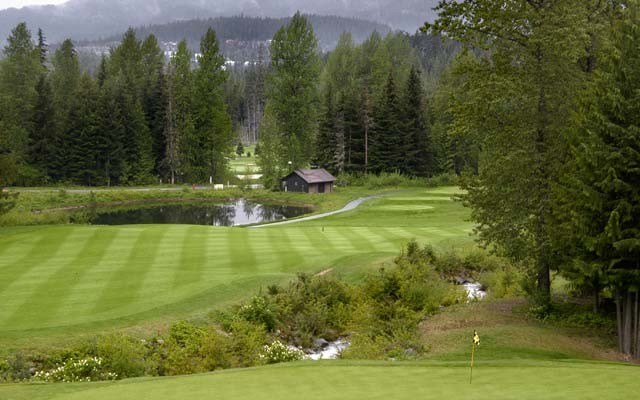 After the summer of 2016, course operators say rumours of golf's death have been greatly exaggerated.

Though courses were still crunching their final numbers, anecdotally at least, operators have noticed strong patterns.

Whistler Golf Club director of golf Alan Kristmanson has observed trends going in the right direction for the past few years. His club has opened early after strong springs the last three years, with the first balls hit in April in two of those.

"It was a great start to the season," he said. "We had amazing weather in April and May, so all the golf courses were in great shape to start the season. I think we all got open a week early.

"If a course is in good shape really early, then the word of mouth really helps. The word gets around."

After the quick start, Kristmanson ranked the weather for the rest of the summer at a "seven out of 10." Even though it wasn't the best season throughout, he noted the sport has been gaining popularity among young people with strong golfers like Rory McIlroy and Jordan Speith capturing their imaginations.

"Golf's making a nice comeback, for sure," he said.

Kristmanson said exact numbers haven't been entirely crunched yet, but at first blush, the U.S. numbers weren't up as much as one might think. The flip side was Canadian visitors stayed north of the border, which also accounted for bigger numbers."(We had) lots more destination visitors, obviously, with the dollar. (We had) lots more U.S. visitors and a lot more from Europe," he said. "We were busy. All the courses were busy, talking to the guys with the way the season went."

Over at the Fairmont Chateau Whistler, director of golf Nick Droulis has observed large numbers flocking to the resort to golf, but added the number of local memberships hit new heights this year, too.

All told, it was the best year for the club in over a decade, he said, and 2017 doesn't seem to be slowing down.

"Bookings for next year are already coming in at a furious pace and we're excited. The future of golf is alive and well," he said.

Droulis was a little less bullish on the weather conditions than Kristmanson, but added if people are coming from further away to golf, they'll play on through whatever Mother Nature throws at them.

"The weather wasn't on our side this year like it has been the last couple years but still numbers are up," he said. "Spring was great but it was very below average for the rest of the season. We certainly experienced more rain than we normally do in July and August and had cooler temperatures.

"But that's OK. When travellers are coming from destinations, they still come out and play and we try to make it the best we can for them."

Up in Pemberton, Big Sky Golf Club general manager and head professional Woody Bishop said a major part of messaging to Americans last offseason was the 25 to 30 per cent golfers would save coming to Canada for a vacation, and it seemed to pay off with more American bookings and more greenbacks in the tills.

But he's also focusing on the local scene, hosting a variety of fresh events to help draw in the next generation.

"I'm not a traditional thinker," he said. "Any time I see something like that saying golf is on the decline, I look at it as an opportunity and a chance to do things outside the box and a chance to create a different energy around Big Sky. I think we've done that with the movie nights and yoga and all these different things we're doing just to create an energy and a buzz."

Meanwhile, Meadows at Pemberton general manager Kevin Mcleod said in an email that the course also enjoyed a boost in 2016.

"It was great to see an increase in young people and families taking up the game of golf over this past season. The local support, the Canadian dollar and the great weather we had helped to show that golf is alive and growing in Pemberton," he wrote.