Despite the cold and wind, organizers saw a respectable turnout for the first Telus Park Rider Sessions event on Sunday, a rail jam that was moved from Whistler to Blackcomb Mountain.
Dec 19, 2008 7:02 AM By: Pique Newsmagazine Staff 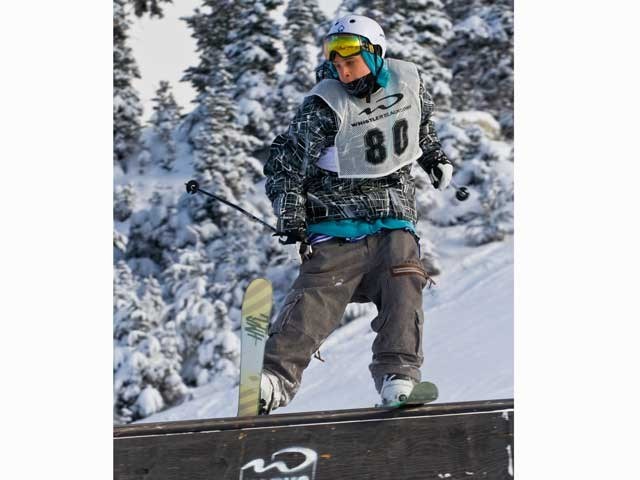 Back In Session The Telus Park Ride Ressions ski and snowboard series opened this past Sunday with a rail jam on Blackcomb. Conditions were cold but nearly perfect for the event. photo by Seb Fremont, Whistler Blackcomb Events

Despite the cold and wind, organizers saw a respectable turnout for the first Telus Park Rider Sessions event on Sunday, a rail jam that was moved from Whistler to Blackcomb Mountain. The snow conditions in the terrain park were good, with snowmaking blowing over from Springboard, and the sunny skies and good visibility made up for the cold.

The next event is on Jan. 11, a slopestyle in the Whistler Terrain Park. The cost is $25 in advance at guest relations, and $30 on the day of the event in the Roundhouse Lodge. The event is open to skiers and snowboarders of all age, and helmets are mandatory.

In the meantime, the first King of the Rails rail jam is scheduled for Saturday, Dec. 27. King of the Rails is judged by the athletes themselves, with prize money for the top skiers and riders in each category based on the number of people entered. The contest takes place under the lights at the base of Blackcomb, with registration from 5 p.m. to 6 p.m. and the contest running until 7:30 p.m. The entry fee is $15, and all participants are eligible to win prizes from sponsors like Showcase, Glacier Shop, Atomic, Nintendo, Telus and DNA.

Snowboard Boys 17 and Over

Snowboard Girls 17 and Over

Ski Boys 17 and Over

Ski Boys 13 and Under