Guay back on podium in Kitzbühel 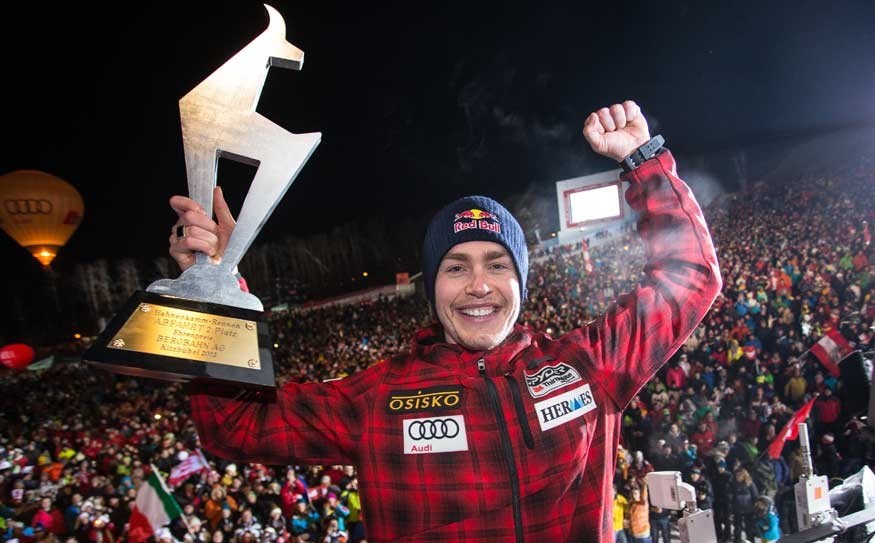 On Saturday, Jan. 26, Guay pulled out a silver medal on the famed Kitzbühel "Hahnenkamm" downhill course — his 19th career medal and the first time he's made the podium on the incredibly technical course.

"If there's a place you want to podium, it's Kitzbühel," he said. "It's definitely the Super Bowl of the World Cup. I'm definitely pumped with the day. I stepped up where I needed to. Now I'm really excited for (the World Championships) in Schladming."

Guay has been solid this season, earning a bronze medal in Italy in December. He placed fourth at Wengen, Switzerland the previous race and was fourth in the opening super G at Kitzbühel.

Dominik Paris of Italy took the win, while Hannes Reichelt of Austria was third overall.

While Guay's podium was the highlight, it was a good day for the Canadian team with all four racers finishing in the points in the top 20. Whistler's Manuel Osborne-Paradis started back in 40th but managed to place 10th overall, while Benjamin Thomsen and Jan Hudec were 17th and 18th respectively.

With Guay closing in on Steve Podborski's record of 20 medals, comparisons to the Crazy Canucks downhill teams of the past are inevitable — and the team isn't shying away from it.

"This is what we needed to do to start comparing ourselves to the Crazy Canucks," said Osborne-Paradis. "Our goal is to be one of the best teams ever in Canada but we still have a long way to go.

"I lost a lot of time in the middle — there were some massive bumps starting from the back. But at least now I'm going back into the top 30 (bib draws)."

Canada's connection to Kitzbühel is strong. Ken Read started a win streak after winning on the course in 1980, with Steve Podborski winning in 1981 and 1982 before he was bumped by teammate Todd Brooker in 1983. Rob Boyd was the last Canadian to podium on the downhill course back in 1991.

"Everybody knows the history of Kitzbühel and what it means to Canadian ski racing. Our guys kept to their plan, kept focused and went out there and took care of business," he said.

In the super G on the day before, Aksel Lund Svindal of Norway picked up the gold, followed by Matthias Mayer of Austria and Christof Innerhofer of Italy. Guay's fifth place result led the Canadians, with Hudec placing 15th, Osborne-Paradis in 22nd and Thomsen 28th. John Kucera is continuing to recover from his string of injuries and surgeries, and placed 34th on the day.

There were no Canadians racing the super combined, with Ivica Kostelic of Croatia picking up another medal, followed by Alex Pintrault and Thomas Mermillod Blondin of France.

In the slalom, Whistler's Michael Janyk placed 14th overall, his second top 30 result in a row after not finishing several races where he was on pace to do well only to straddle a gate or ski off course.

Janyk was 16th after the first run and picked up the pace on his second run to crack the top 15.

"I'm happy," he said. "It was like the old Mike in the second run. I've been doing it in training but needed to do it on race day. I was super happy to make the next step. Top 15 is where I set my goal for today."

The other Canadians continued to struggle with neither Julien Cousineau, Trevor White nor Trevor Philp qualifying for a second run.

Meanwhile, the Canadian women were in Maribor, Slovenia, for a pair of technical events.

In the opening giant slalom, Marie-Michele Gagnon placed 16th overall while teammate Marie-Pier Prefontaine was in the points in 25th.

Kamloops' Elli Terwiel led the team in the slalom race in 17th — tying her best World Cup result to date — while Gagnon was not far behind in 20th. Brittany Phelan also earned points in 29th.