Half Marathon looking to build on 2013 success

After hosting 1,700 runners, raising a record amount of money and increasing out of corridor participation to a new high, the next question for North Face Whistler Half Marathon race director Dave Clark is: what's next? Does he grow the existing even
Jun 12, 2013 9:00 PM By: Andrew Mitchell 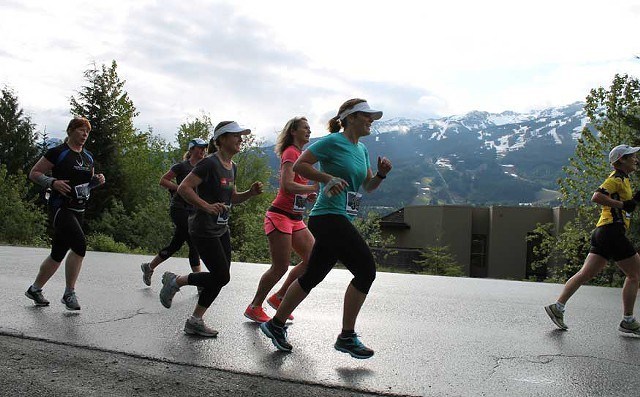 After hosting 1,700 runners, raising a record amount of money and increasing out of corridor participation to a new high, the next question for North Face Whistler Half Marathon race director Dave Clark is: what's next? Does he grow the existing events? Add new distances? Work on making the same event better? Change the course?

Those are the kinds of questions Clark will answer in the coming weeks and months, using feedback from the 1,100 racers that took part in the 21.1km half marathon, the 500 racers in the new 10K category and the 100 racers in the Little Rippers 1K kids run on Saturday, June 1.

"I'm still waiting for the results of the post-run survey to come in — I'm aiming to get to 40 or 50 per cent engagements and I'm nearing that already," said Clark on Tuesday. "We should have a solid feel of how the day went or if there are things happening on course that I'm not currently aware of that I can focus on for next year. It's too early to say how (the race) might potentially grow, right now I'm interested in understanding the runner experience this year."

The course does include sections of the Valley Trail, including an out-and-back section at Rainbow Lake that could become crowded if numbers grew any more. "That's always been a highlight for us and a potential pinch-point," said Clark. "Nothing I've read (in the post-run surveys) says there was an issue there, but we may be at our capacity for that particular area without compromising the runner experience."

So far more than 92 per cent of runners said they would strongly recommend the race to others, something that Clark is pleased about. "Overall the comments are resoundingly great," he said. "One thing we've already identified from the feedback is that we need more signage on the course, especially at intersections where the course splits off. We know the signs can be hard to see when you're running in a crowd."

The race has also attracted more people from outside of Sea to Sky. Sea to Sky participants counted for about 31 per cent of participants, down from 42 per cent last year. The number of participants from Metro Vancouver, Horshoe Bay to Surrey and Coquitlam, was 39 per cent this year, up from 31 per cent — "which is fantastic because it means the word is getting out there and our marketing efforts are clearly working," said Clark. The most important number is the remainder, some 20 per cent that travelled further than the Lower Mainland to be in Whistler for the event. That demographic is more likely to stay for one or two nights in the resort, meeting one of the event's goals of increasing room nights and visitor numbers.

The Crystal Lodge was the official accommodation provider for the event, and was sold out on the weekend. The Hilton Whistler Resort and Spa was the overflow hotel, and also saw some pickup closer to the race.

The race is a fundraiser for the Crohn's and Colitis Foundation of Canada. This year's event raised $21,000 for the charity.

Clark thanked the runners for their support as well as the community. He heard a lot of positive comments from runners about the spectators along the course, cheering them on. "That means a lot to us, because it means the community likes the event and wants to be part of it one way or another," said Clark. "I'm also really pleased with the community business support, and the help we've received from all kinds of business. It's really gratifying to see that increase over the years as well."