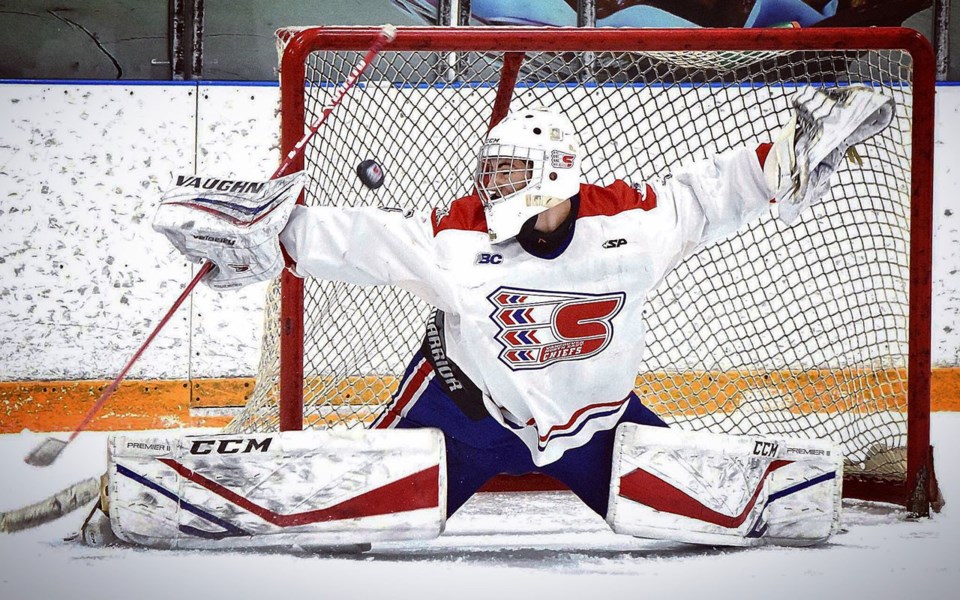 A Whistler-raised goaltender is heading to the prairies.

Michael Harroch, who will turn 18 in July, will chase Jr. 'A' glory with the Saskatchewan Junior Hockey League's (SJHL) Humboldt Broncos in 2019-20.

Harroch said his goalie coach with the Vancouver North East Chiefs knew members of Humboldt's staff, encouraged Harroch to compile a highlight package, and it took off from there.

"Not too long later, I got a call from the head coach," he said. "It's a great opportunity, for sure."

Going to the Broncos is different from any other Jr. 'A' opportunity, and Harroch is going in with his eyes wide open after the team was devastated by a bus crash in April 2018 in which 16 people died. While there will always be sombre reminders of the tragedy, Harroch is excited to help carry the torch of Humboldt hockey.

"There might be some added pressure, but more so, added attention, which is one of the reasons I decided to go. Everybody knows who they are and it's definitely a place to stand out," he said.

"It might be a little hard at first, to deal with it and drive the same road that they drove, which I'm sure we will, and pass where the accident happened. It might get a little emotional in the bus.

"It's something that we'll have to get used to and move past."

With a new coach and mostly new roster, the Broncos finished fifth in the SJHL this season, making the second round of the playoffs.

On a personal level, Harroch is moving away from home, going from a bustling metropolis to a town of less than 6,000 people.

"It's definitely going to be a change. It's a beautiful little town, but it's very small," he said. "They get almost 1,000 (people) to every game, so it's a really great hockey town and (there's) lots of support from everybody. I think it'll be a really great experience to live away from home and live in a hockey town."

Harroch, who lived in Whistler until just before his 13th birthday, spent the last two seasons with the Chiefs of the BC Major Midget League.

The team was primarily newcomers in his first season, but in their second, had several returnees as they placed third overall, falling to the eventual champion Cariboo Cougars.

This season, Harroch was second in the BC Major Midget Hockey League with 17 wins, posting a pair of shutouts along the way.

"It was probably the best two years of hockey of my life. I grew as an individual, but also, we grew so much as a team," he said. "The group of people that I played with was the best group I ever played with before. We'd spend six hours at the rink everyday together, seven days a week. We're all best friends."

Harroch described himself as a quick, athletic goalie in the vein of Carey Price. He also feels he's a good communicator and plugged in to all the action on the ice.

Another role model for Harroch is NHL rookie Jordan Binnington, who is fresh off leading the St. Louis Blues to their first-ever Stanley Cup.

"He's only 6-1, and that's the same as me. It's always good to look at a guy who's about your size to see who you can model your game after," he said.

Harroch is currently based in Burnaby, and said his father Patrick still works in Whistler, commuting three to four times per week.