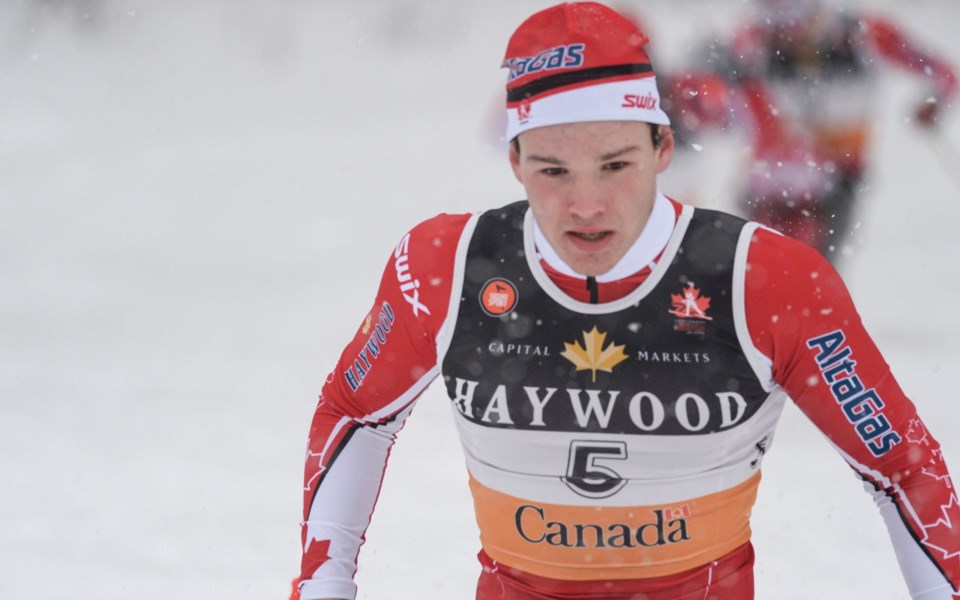 It all paid off on Feb. 12 as the Pemberton sit-skier was announced as one of 14 athletes who will represent Canada in PyeongChang, South Korea in March.

Though he hadn't been officially given the heads up he would be part of the announcement, Hess said his calculations pointed to him earning a spot on the team, and he was excited when Cross Country Ski de Fond Canada ultimately made the reveal.

"Through the season, you can see how you do in your races and you know how many spots there are. You become more and more confident as the season goes on," he said. "It's totally different to know that it's official and you were nominated. It's an amazing feeling. This is the thing I've worked hardest for in my life up until this point, and it's a great feeling to have accomplished that."

The 18-year-old will enter the Games on a high, having posted his best-ever World Cup finish, and a second top-20, with a 19th in the long-distance freestyle in Oberried, Germany in January. After returning to North America, Hess claimed two bronze medals and a fourth-place finish at Para Nationals near Ottawa.

"You could really tell by the last World Cup of the season in Germany who was going to make the team," Hess said. "That was when I really felt extremely confident. I've been confident since last season, since my very first World Cup when I saw my performances (three top-25 showings in PyeongChang)."

Hess, who was born with spina bifida, said he expects stiff competition at the Games, but at the same time, feels up for the challenge of taking on the sport's best.

"It'll be all the same guys, and there will be less people at the Paralympics than at the big World Cups," he said. "I feel like my performances at the Games will be very comparable to all the World Cups.

"Even though it's all the same people, I'm already much more excited for this race than all the other World Cups just because it is the Paralympics. It's a bigger deal."

Though Hess has made steady improvements when tasked with facing strong competitors, he knows there are areas he can still progress in to get himself into the podium conversation. The chance for major strides has passed, but he hopes some rest after a gruelling travel schedule and a few tweaks will pay dividends in South Korea.

"My mentality in races and my mental game has come along. My skiing has gotten a little bit better. I feel obviously (that) I need to improve my skiing and everything until I'm happy with it — there's still lots of work to be done — but I feel in terms of my race readiness and my ability to compete, it has improved vastly after competing at the highest level," he said.

"I hope to get my technical abilities a bit better and just tighten up my technique. I feel that's where I can make the most gains in this next month."