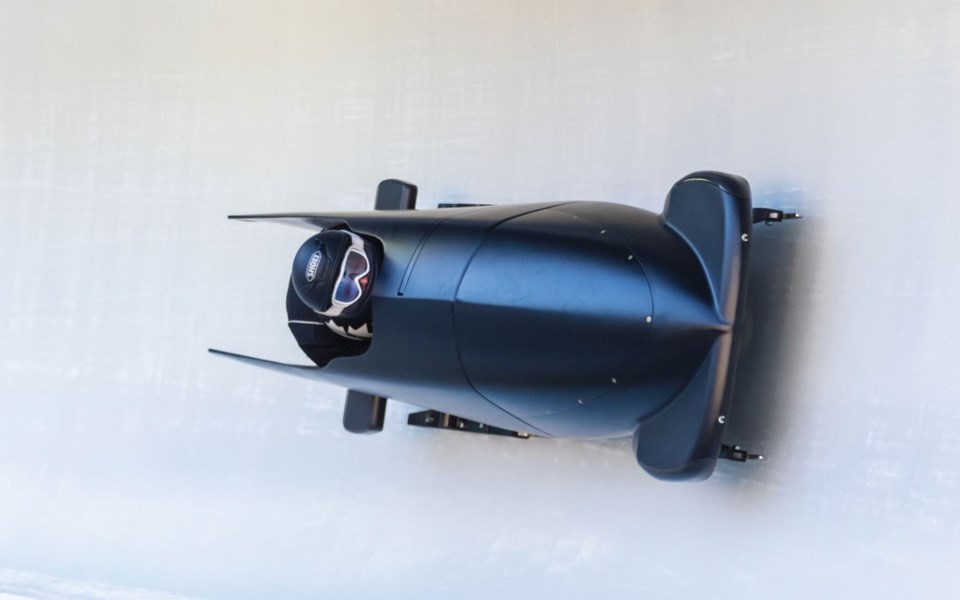 OFF TO WORLDS Julie Johnson will pilot a sled with Kori Hol at the Junior Bobsleigh World Championships in St. Moritz, Switzerland. Photo by Adam Taber Photography

A year ago, Kori Hol was attending the Whistler Sliding Centre's pilot school and learning the ropes in bobsleigh after switching over from soccer.

Late last week, the 25-year-old from Lethbridge, Alta. was getting set to hop a plane to Switzerland to compete in the Junior Bobsleigh World Championships at St. Moritz as part of Canada's first contingent at the event since 2011. Though she was a pilot on the North American Cup tour this season, placing 11th overall, she'll be on the brakes for Julie Johnson this time around.

This will be Hol's first overseas competition and she's eager to see what Europe has to offer.

Johnson, a Saskatchewan product who is also 25, has a bit more experience on track, having competed on the North American Cup circuit since 2015. She won the overall title this year after posting a win here in Whistler to go along with six top-10 finishes in eight races.

"It's a huge accomplishment to go and represent Canada," Hol said. "I'm hoping just to learn a lot. Hopefully we'll be competing in the World Cup later on in our bobsleigh career and it'll be interesting to see the upcoming generation of the sport and see what we have to compete against."

Bobsleigh is a new athletic pursuit for the former collegiate soccer player,

"It's been a whirlwind. Each day I'm involved in the sport, I learn something new, and some days, my brain does hurt a lot but it's worth it," she said. "It definitely came so fast. I didn't know by competing in bobsleigh, a year later, I'd be competing in World Juniors."

Hol said she had the idea of attending the event floated to her at the first race of the year, but "it kind of got shut down." But the idea resurfaced when Hol was heading to Lake Placid for the final festival of the season earlier this month and it seemed more realistic.

"It happened that fast. I only have a couple weeks' notice," she said.

While there's added excitement around sports like bobsleigh being an Olympic year, the flip side is that it's been difficult for up-and-comers to secure support this season.

"It is a self-funded trip, unfortunately, but we're trying to fundraise as much as we can," she said. "It's hard to get the word out when we were given a week's notice.

"We're on our own to figure this out."

Hol, who is based in the Lower Mainland, said having Whistler as a home track was a major boost for her first year on the circuit.

"Having that as my base, when I went to other tracks, it wasn't necessarily that my skill level was good, but my reaction times and my ability to learn a track was an advantage," she said.