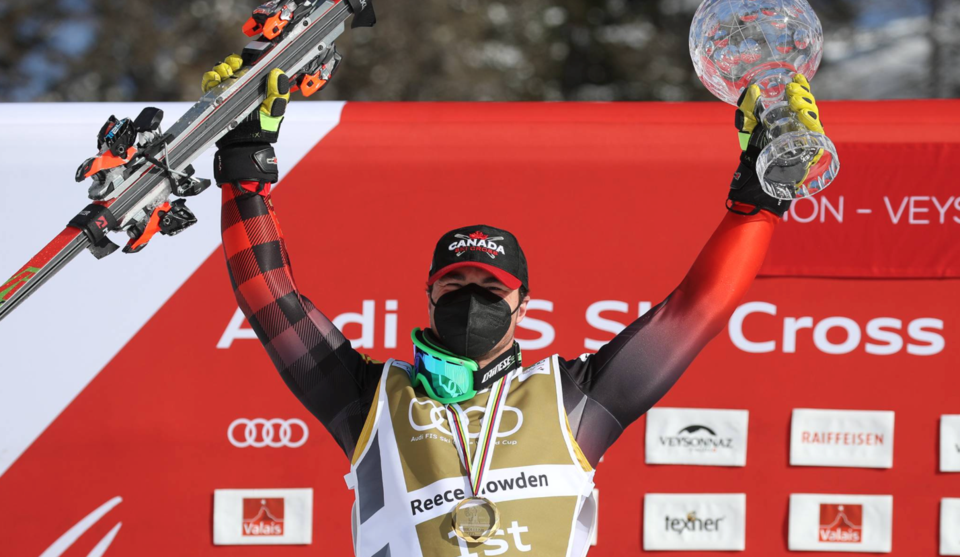 The win served as the culmination to a mind-blowing first full season on the World Cup circuit that saw Howden stand on six podiums, win four races, and earn the honour of being voted FIS Rookie of the Year, on top of earning the most overall points of any man on the circuit.

“I was trying to do the best that I could. After Val Thorens in December, when I got a couple podiums I realized there was a possibility if I kept skiing well that I could win the Globe. It is just amazing, I am super blessed and excited,” said Howden in a release from Alpine Canada, shortly after receiving the Crystal Globe on Sunday.

The title didn’t come as a surprise to Howden, either. Impressively, he secured the Crystal Globe three whole races before the end of the season, thanks to his dominant start. Howden is only the second Canadian man to bring home the season’s top prize, after teammate Kevin Drury first secured the honour last season.

“It was an amazing season. I had a lot of fun, learned a lot and had a great time with the whole team,” he added.

On the women’s circuit, Whistler’s Marielle Thompson finished the season third in the world cup standings, after she suffered an injury in training before the penultimate race of the year.

“It’s a bittersweet feeling to hang on to third place in the overall World Cup, I’m proud of the skiing I did this year to earn that spot but disappointed to be ending the season injured,” said Thompson in the release.

Thompson, a three-time Crystal Globe winner and 2014 Olympic champion, stood on the World Cup podium on five separate occasions this season, twice in second place and three times in third.