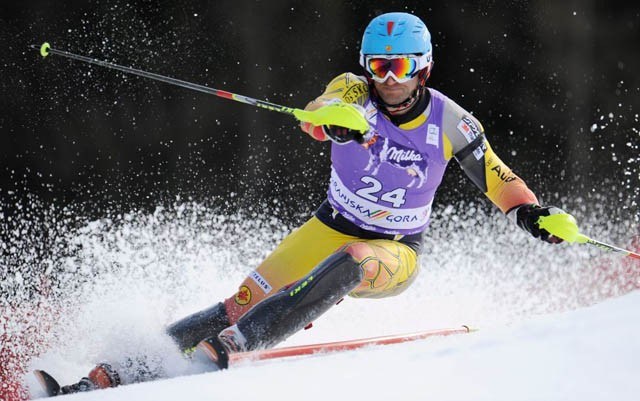 Whistler's Mike Janyk opened up his World Cup campaign with a top-20 finish in the men's slalom held Sunday, Nov. 17 in Levi, Finland, following up on a strong performance from the Canadian women's team the day before.

Janyk barely qualified for a second run on Sunday but charged up the standings with a solid second session to finish in 20th place. The 31-year-old was the lone Canadian to earn a result at Levi, as Paul Stutz, Julien Cousineau and Brad Spence were unable to qualify, while Phil Brown did not complete his opening run.

A 20th-place finish is a respectable start for Janyk, but the 10-year World Cup veteran was looking for a little more on Sunday.

"It was OK but I didn't have that sensation on the snow where I could really let it rip," Janyk said in a release. "I pushed to the end and I will build from here."

Janyk sat tied for 28th after the opening run and was just .01 seconds ahead of a group of three skiers tied for 30th who were the last to make the cut for the second run. He went on to post the 17th-fastest second run to move up into the top 20.

"The biggest thing I was happy about was that I was stoked to be in the start gate," said Janyk. "I haven't felt like my old self in the start in over a year but I was really excited to race today. That aspect of my whole preparation was good."

Janyk's next race comes up on Dec. 15 at Val d'Isere, France.

Gagnon's top-five finish guaranteed her place on the Olympic team in Sochi, Russia, this February, making her the first Canadian skier to do so thus far.

See Pique on Thursday, Nov. 21 for a full wrap of the slalom races from Levi.