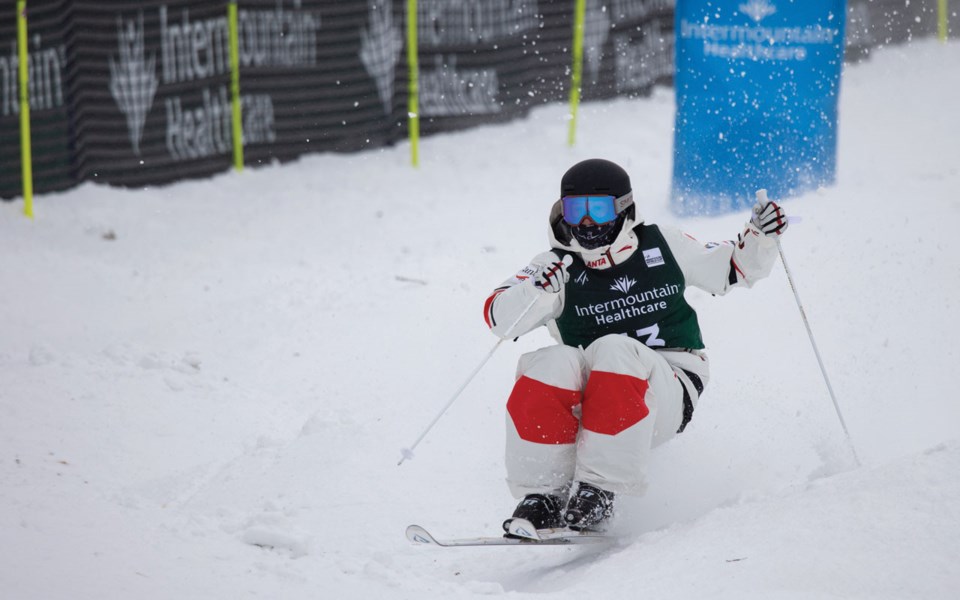 There’s just something about Deer Valley, Utah for Brenden Kelly.

A year after setting a new then-best FIS World Cup placement of seventh in the dual moguls at the 2002 Olympic site, the Pemberton moguls skier did it again, taking a fifth-place finish in the same event on Feb. 5.

The season, though thinner than normal, has been arguably Kelly’s most consistent yet as he’s placed in the top 20 each time out, finishing 13th in single moguls at Ruka, Finland, placing 19th in singles and 12th in dual at Idre Fjäll, Sweden before taking 13th in singles and fifth in dual at Deer Valley. His results have been strong enough to qualify for the FIS World Ski Championships, which run at Almaty, Kazakhstan from March 8 to 11.

“The contests have been really normal,” he said. “It’s always the same kind of a program: it’s training, training, competing, and as far as that, our coaching staff and the rest of the team and myself has been business as usual.”

As the COVID-19 pandemic has continued, Kelly told Pique he has felt “protected” throughout the season as he’s focused on his personal improvement in the sport.

“Everything has just been so smooth,” he said. “All of the travel so far has been super easy as far as getting tests before we travel and getting into countries.

“It didn’t really feel much different, other than the quarantines.”

Kelly estimated he’s been quarantined for roughly two months’ time during the season.

The current period is the biggest lull between events after contests in Calgary and Tazawako, Japan were cancelled. The Krasnoyarsk, Russia event, meanwhile, was moved to Almaty and will run following the championships.

“You’re always in a bit of a state of uncertainty but when the event does happen and you are there, it feels great and it feels pretty normal,” Kelly said from Colorado, where he’s currently training before heading back to Europe next week.

In terms of his mindset, Kelly was well prepared for the shifting schedule as he takes an event as it is and attempts to avoid the need for a rhythm.

“I try not to think too much about building momentum because that sort of implies that you need something going into the next event and I always look at every event as a new opportunity,” he said.

“With the changing of events, we lose some opportunities and we gain some, but to me, it’s just about maximizing what I can do when the events are happening.”

Going back to Kelly’s most recent event, Feb. 4 and 5 in Utah, he heaped praise on the course, particularly enjoying the feeling he gets while on it.

“It’s such a fun course. It has a longer middle section than most other courses and for duals, I think for me, that really just allows me to relax a little bit more,” he said of Deer Valley. “I’m not going to have to slow down so early.

“I have lots of time to push my limit and regain control before the bottom jump.”

In recent years, Kelly’s dual placements have tended to be stronger than his singles showings. With its head-to-head format, it’s a different experience, as Kelly focuses on the entirety of the run rather than details, which he said allows for smoother flow. This is one element he’s attempting to harness in the singles events without someone dropping beside him.

“In dual, you really quit trying to be so perfect,” he said. “You just try to be fast, try to keep everything as tight as you can but roll with the punches.

“You really don’t dwell on those past errors because anything can happen further down the course for either of the athletes.”

While there were spectators allowed in Utah, as Deer Valley remained open to the public, it was a smaller, more muted event than in 2020 without the bells and whistles of a VIP section.

While last year’s excellence was memorable for Kelly, he stressed that it’s ultimately his skiing that he hopes sticks around in his mind.

Kelly is feeling confident going into World Championships, which he last attended at Deer Valley in 2019, just before his breakout last year and consistency this year.

Kelly said this time he trusts his own abilities more and knows his standard is strong.