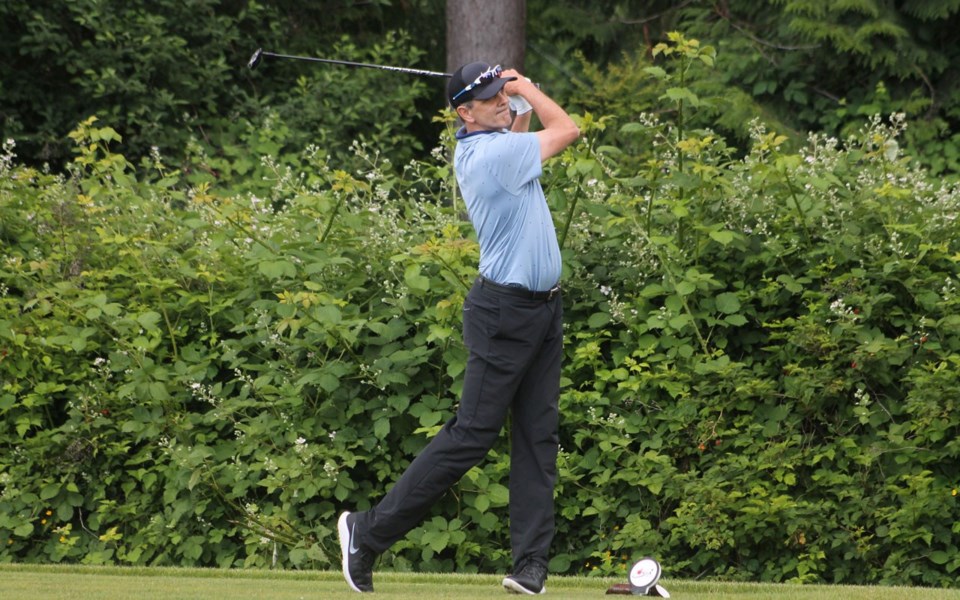 Sometimes, it's easier to come from behind.

That's Alan Kristmanson's thinking after he pulled off a second-place finish at the PGA of BC Seniors' Championship on June 6 and 7 at North Vancouver's Seymour Golf and Country Club. After shooting a five-over-par 77 on Day 1, the Whistler Golf Club general manager and director of golf, sat ninth, but with a one-under 72 the next day, rocketed up to a runner-up tie with two others. Philip Jonas, tied for the lead after round 1, held on to secure the win.

"I teed off in the middle of the pack and when you're playing well, you're not looking at your phone to see what the leaderboard is," he said. "It's always easier coming up the back than it is leading at the front, that's for sure."

Despite significantly improving his score on the second day, Kristmanson said conditions were more difficult.

"It kind of came out of nowhere," he said. "The second day was real tough. They had the pins tucked and the greens were crazy fast. I was able to move up pretty quickly."

The most striking difference between the two days came on No. 13, as Kristmanson posted his only double-bogey of the tournament there on Day 1, needing six strokes. He halved that on Day 2.

"The first day, that's what stopped me from potentially winning it. I was only 100 yards out ... The green really falls off to the right and on the first day, I hit it five yards right of the green. It looked perfect and then it fell all the way off down into the deep rough. If I knew the course a little better, I would have put it well left of the hole," said Kristmanson, who said he'd only pre-scouted the course once, and even then, it was a month before the tournament. "The second day, I didn't actually have a very good tee shot. I pulled it left into the bunker and then I hit the bunker shot to about a foot and then I was able to tap it in.

For the rest of the back nine, Kristmanson kept things rolling. Used to the fast greens of his home course, the balls kept dropping.

"When I did make a mistake, it was just a bogey, so I was able to make some birdies to offshoot those," he said.

With his background as a member of Canada's Olympic men's basketball team in 1988, Kristmanson can handle high-pressure situations.

"I'm able to handle the mental side of it pretty well," he said. "I have a pretty good expectation of what my game is like. I normally hit some bad shots, but I hit a lot of good ones."

Kristmanson credited Whistler Golf Club's head teaching pro Joel Troy, who worked with Kristmanson to straighten out the kinks in his game.

"I tend to have one big miss when I hit a harder hook and it gets me in trouble, so we worked on trying to get rid of the hook and he's helped me out a lot with that," he said.