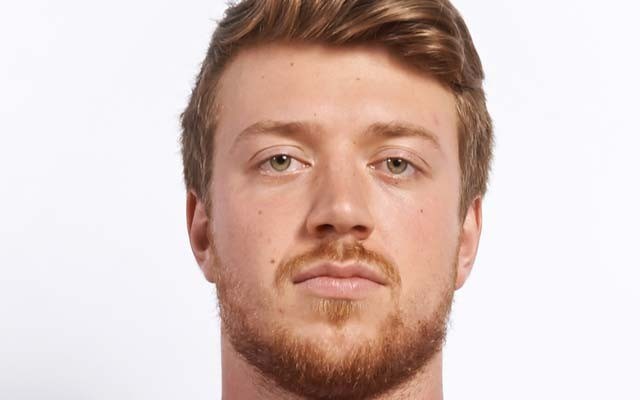 Landing on the flip side Dustin Lander played six games for the Bishop's Gaiters as a special teams player this season. Photo courtesy of Bishop's University

Dustin Lander had a special season with the Bishop's University Gaiters this year.

The 20-year-old former Pemberton Grizzlies receiver has transitioned from scoring touchdowns to preventing them as he continued a shift in his third year with the team.

"I mostly played special teams this year. I'm still trying to develop my defensive assets. Special teams went well this year," he said. "Last year was my first little taste of it and then this year, I just really got to get comfortable with it, just making some hits, making some tackles and getting comfortable on the field."

The Whistler product did whatever was asked of him as he was willing to plug himself in wherever he was required.

"I was a pretty versatile player on special teams. They moved me around a bit where they needed me," he said. "On punts, I played left tackle and on kickoff return, I played a bit of left end. I played gunner (faster player who can zero in on a returner) on kickoffs."

After not dressing for the first two games of the season, Lander was inserted into the lineup for the third game of the year and made a big impression the next time out. He recorded three solo tackles and one assisted tackle during the lone Bishop's win of the season, a 30-29 triumph over the Saint Mary's Huskies, cementing a place in uniform for the rest of the season.

Lander added another assisted tackle this season to finish with a total of four.

Now that he is a more experienced player, having been with the Gaiters for three years, Lander expects to step up and take a more active defensive role next season.

"I believe that the more I study my playbook and the more I really understand the defence, I'll get more time on the defensive side of the ball," he said.

However, he will have a new bench boss to impress as Kevin Mackey, who helmed the team for five seasons, stepped down on Sunday (Oct. 30) after Bishop's completed its third consecutive 1-7 campaign. A replacement has not yet been announced.

"I'd just like to give him a huge thanks for the opportunity to be able to play on this team," Lander said. "The team needed a change. Nothing against him — he worked his butt off every day he could for the team — but it's time for some change to the program.

"Everyone was pretty upset because everyone really loved the guy but it's probably the right thing as well."

After red-shirting for his rookie season, where he practiced but was not eligible to play, Lander still has three years of eligibility remaining. However, next year may be his last as he'll graduate in the spring of 2018 and is eager to get out into the business world as a marketing professional.