Local riders set to hit the trails at Crankworx Innsbruck

Many local mountain bikers have made the trip overseas to compete in the World Cup circuit and Crankworx Innsbruck.
Jun 17, 2021 9:00 AM By: Harrison Brooks 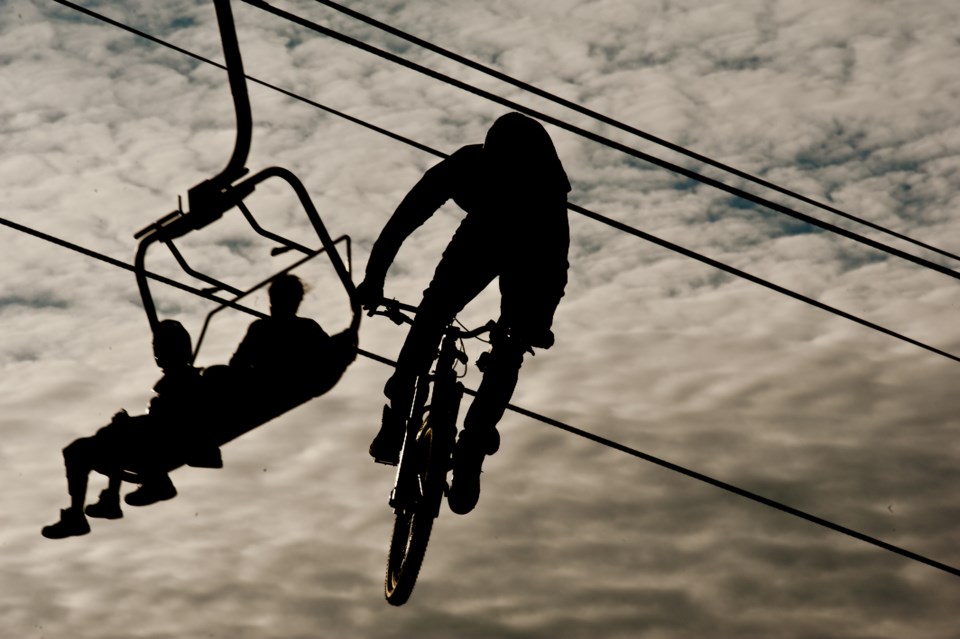 Biker hits a jump in front of the chairlift at Crankworx Whistler. Aideen McF Photography/Getty Images

The start of June came with some bad news for local mountain-bike fans as the Whistler leg of Crankworx was cancelled for the second year in a row.

According to managing director of Crankworx, Darren Kinnaird, missing out on another year of the event in Whistler is a huge letdown, but focus has already shifted to making the 2022 mountain biking festival bigger and better.

“I think in general the feedback that we’ve gotten from a lot of the athletes and media and industry has been just disappointment, but they are all so excited about coming back next year,” said Kinnaird.

Despite no Whistler leg, Crankworx is still a go internationally with two stops this year starting this week in Innsbruck, Austria and ending the season in Rotorua, New Zealand in November.

The Innsbruck leg got underway Wednesday, June 16 with one of the biggest collections of pro athletes ever seen at a Crankworx event, with the 14 top-ranked riders all slated to race, according to Kinnaird.

Included in the field is a lot of local talent who made the trip over to Europe to compete in both the World Cup circuit and Crankworx. While we couldn’t get in touch with every B.C. rider competing in Austria, Pique was able to catch up with a handful of Sea to Sky born-and-raised riders who will be competing in the event, including:

Here’s what they had to say:

Pique: How long have you been competing in Crankworx and World Cups?

Georgia Astle: Crankworx was kind of the start of it for me. I was new to racing and was able to have one of the biggest bike festivals around in my own hometown. Nothing beats that!

Lucas Cruz: Maybe since I was like 15, I think, for Crankworx Whistler. The first time I went to Crankworx Innsbruck was in 2017.

Seth Sherlock: Crankworx I’ve been competing probably since I was 13. I think I raced Crankworx in Whistler a year before I could race BC Cups and all that. And then I’ve been racing World Cups since 2019.

Tegan Cruz: I have been competing in Crankworx since Kidsworx back in, I’d like to say 2017.

Pique: What are your expectations for the course in Innsbruck?

GA: I’ve not ridden in Innsbruck before, and I’m really interested to see what all the courses are like! Especially the dual slalom track. I tend to do better on the more gravity-oriented ones with some grass turns to spice up the finish.

SS: The course looks pretty cool honestly, I think they made a new one last year and it looks super fun, I’m excited to check it out.

Jackson Goldstone: I’ve ridden Innsbruck’s DH course before, and it was amazing. It was an awesome race back in 2019, hoping it’s going to be just the same!

TC: From what I’ve seen through GoPro videos, it seems to be a really fun, fast track.

Pique: What are the feelings on not being able to compete at home this year?

GA: Pretty sad to miss another Crankworx at home. But it’ll make the next one that much better.

SS: Yeah it’s a bummer for sure. It’s always fun at Crankworx Whistler. Hopefully it will be back next year.

JG: It’s always sad not being able to ride at home but I’m hoping it’s going to be back for 2022 and I’ll be able to race Crankworx at home just like old times.

TC: Definitely a little disappointed to not be competing on the home turf but just happy to be able to get back to racing after last year, where I wasn’t able to compete.

Pique: You must be excited to at least be able to race at all this year though?

GA: Extremely! So happy things are starting to go back to normal.

LC: Yeah, definitely just taking advantage of the opportunity to be over here in Europe again and get some more racing under my belt.

SS: It’s so great. Like last year we did do a tiny bit of racing in Europe, but it was all in like October, so it was super cold and muddy and pretty gross. It was cool but it’s way nicer this year, and we have a lot more races going on.

JG: I can’t wait to race this year, I’ve been putting in a lot of work in the off-season and I am ready to prove myself and see what I can do on the big stage!

Pique: What are your goals for your time over in Europe?

GA: I’d love to have the confidence to hit the Whip-Off jump and the speed and style course as well. I love big jumps, but it’s hard coming from a big gap of not riding anything similar.

LC: I’d like to definitely back up my win at the last Dual Slalom. And then the downhill, there will definitely be some heavy hitters there so top 10 would be amazing for sure.

SS: This year is my first year in elite actually, so I’m not in juniors anymore so that’s going to be a big step up and a big step down in results, really. So I’m hoping for some top 30’s at the World Cup, maybe some top 20’s and ideally top 15 or top 10 at Crankworx.

JG: The main goal for every event is to do the best possible but I’m going to try to ride at the best of my abilities and I’ll be happy with whatever result comes.

TC: A little different than normal years not knowing the competition I’m going into, but just more excited to work on my skills as well as hopefully landing on the podium.

Pique: What’s it like being over there with so many familiar faces from home, and what’s the dynamic like between all of you when you are at an international event like this?

GA: Always a relief and extra fun having the familiar faces around. Definitely some friendly competition, but everyone deserves a chance at the top step.

LC: It’s really good to see everybody here. Just excited to be back racing with them, like old times. I think the vibe between all the Canadians is really strong and we’re all rooting for each other. So it’s definitely competitive because that’s what we’re here to do but there’s nothing over the top and we’re all just really enjoying ourselves and what we love doing.

SS: Pretty cool to see all these familiar faces, it’s like being at home in a way. I think because we race the clock more than anything I think downhill is a lot more friendly with each other than some other more direct sports. We’re certainly competitive with each other, but we leave it on the track. It’s a really cool atmosphere.

JG: It’s cool seeing all my friends from back home competing against me and it’s always a fun time seeing who does the best. In a competitive situation it’s always every man for himself but we’re all friends so there’s never any issues.

TC: It’s definitely nice having friends who I raced and competed with back home as well as my brother, of course, and it’s just cool to see that we are all doing what we love, travelling and competing. It’s awesome to see. But in the end, we’re all buddies and we just love racing and are happy for each other.

Pique: Outside of personal success, what’s the best-case scenario for Innsbruck?

GA: Full confidence and having a sick time on the bike. It’s so important for my riding that I’m having fun. It fully translates into my racing and style on the bike.

LC: Just really excited to get racing again and get some more experience, [and] just be logging miles on the downhill bike and getting ready for all the next World Cups.

JG: Have a good experience in Europe and race hard!

TC: Not even landing on the podium or having a good result just more getting back into the feel of racing, especially for me. Because it feels like it’s been a while and I’m excited to get back into that groove.

Pique: What’s it like riding out there compared to home?

LC: Terrain-wise, it’s different everywhere that we go. And the dirt, it’s a lot more slippery in the wet compared to Whistler, so it’s always a fun time once there’s a bit of moisture on the track. These are pretty legendary tracks that we’re going to, so it’s definitely cool to be riding and racing those again.

SS: Top maybe two thirds of the course is kind of bike parky, similar to Whistler, but there’s a couple tricky tech sections that make it pretty difficult still, and then there’s a big-jump section that’s super fast and super flowy and then it drops into this crazy bottom woods that’s like a mud bog right now. It’s one of the hardest things I’ve ever ridden, it’s insane. Like way more difficult than anything at home.