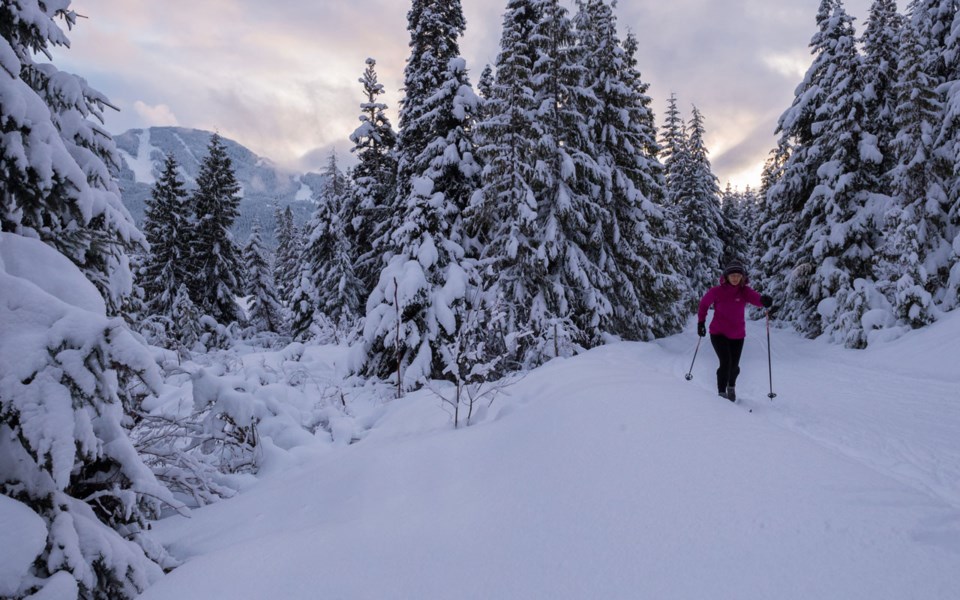 Good news for those planning on hitting the Lost Lake Nordic Trails this winter but haven’t bought passes yet: the Resort Municipality of Whistler (RMOW) has offered a slight reprieve.

In a release Wednesday morning, the RMOW announced that extra early bird prices, offering savings of 25 per cent, are extended until Sept. 27. Pricing then shifts into early bird rates until Nov. 8.

Purchasers are also assured that if there are fewer than 70 skiable days this winter, either because of weather or COVID-19 precautions, they will see some benefit. The RMOW will discount a renewal for 2021-22 by one per cent for every day fewer than 70 days. As an example, according to the release, a 60-day season would result in a 10-per-cent savings on next year’s pass.

Cross-country passes also include snowshoe access as well as a bring-a-friend voucher for one free admission.

More information is available at whistler.ca/Nordic.

In the same release, the RMOW announced improvements to the park funded by the Resort Municipality Initiative. Firstly, the Old Mill Road trail (now named Lost Lake Trail North) connecting the Nicklaus North parking lot to the Lost Lake Loop system will be widened to facilitate two-way cross-country skiing traffic and to improve drainage. Detours will remain in place until work finishes in October.

As well, in an attempt to improve wayfinding, some trail names in the park will be changed.

A complete list of name changes is available at whistler.ca/lostlaketrails.