Mahovic suits up against national team 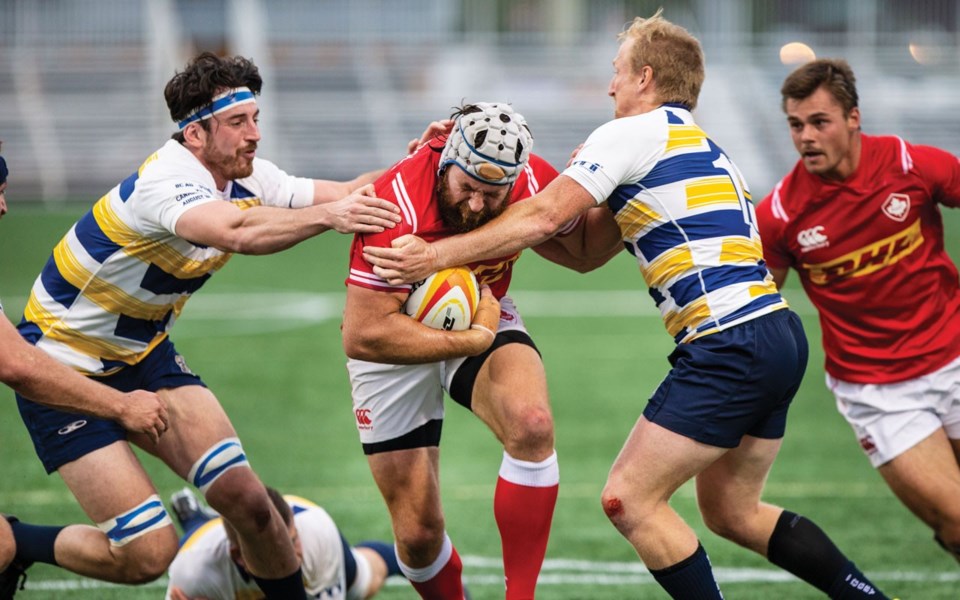 The Axemen Rugby Club fullback was one of three Team B.C. members to play the entire game in a friendly match against the Canadian national team in Langford on Aug. 30. Canada took a 45-13 win as it prepared for the Rugby World Cup in Tokyo.

It was Mahovic's second time suiting up in B.C.'s colours, as he also played in the Best of the West series against Alberta earlier this summer, helping B.C. to a win and the championship.

"It's been a great experience," said Squamish-based Mahovic, a native of Cumbria, U.K. "It's nice to play at a high level and be around that coaching and really just go and experience a bit more of rugby in Canada."

After playing university rugby in the U.K. before crossing the pond, Mahovic said it was the most physical game he's played during his time in Canada.

Mahovic appreciated the chance to take on—and learn from—some of the foremost players Canada has to offer.

"Getting to play against the best players in the country, that was awesome," he said. "When you're seeing these guys playing on TV and everything, you put them up on this pedestal. When you get out there, maybe there's a bit of nerves ... After that first tackle, you realize that these guys are human, right?

"It was great to go out there and really test ourselves and put ourselves on that platform."

With the national program just one more rung up the ladder, Mahovic and several of his teammates looked at the friendly as an opportunity to get on Rugby Canada's radar for the future.

"You see these positions are attainable, as well. Everyone starts somewhere," he said. "That was going through a lot of the guys' minds. We had guys on the team who have been part of the Canada system before. They've been cut and then they came and played provincial rugby to try to get put back on, to get looked at again."

As a team, however, the B.C. Bears were under no great pains and could take their best shot at a national team without repercussions for losing. It helped, Mahovic added, that the Langford crowd backed their provincial squad.

"It was just so much fun because there was no pressure on us. We could go out there and we could put everything out there," he said. "People weren't really expecting us to go out there and pull off this huge upset. We were definitely the underdogs going into that.

"It was a very intense game, but it was a much more enjoyable game."

As an Axeman, Mahovic was part of the BC Rugby Union's (BCRU) third division when he was selected to the team (though the squad has been promoted to second division for 2019-20 after winning the championship last season).

"It was definitely a bit more of a strange experience for me because I came from playing third-division rugby, which is the lowest league in Canada, to go play against the national side," he said, noting all of his B.C. teammates are members of premier league teams. "I was a bit of a wildcard. I was unknown. Obviously, they'd seen me play and then [I] wanted to represent their squad and I got picked.

"It was nice to go out there and get the opportunity to play."

Mahovic tended to play centre earlier in his career, but has taken to fullback with the Axemen. Because of his defensive prowess, that's where he's lined up with the provincial team as well.

On the home front, the Axemen will start the season later this month with three teams in tow. A second men's squad will join the third division, while the club is also fielding a women's team.

Mahovic, the club's head coach, said it is still recruiting men and women. Reach out to the Axemen via their Facebook page for more.