McGrath, Sheppard got faster as B.C. Bike Race went on 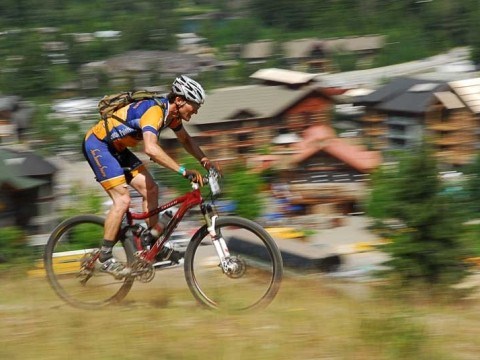 Heading into Day six of the B.C. Bike Race the duo of Seamus McGrath and Chris Sheppard had just one minute over their closest competitors, Barry Wicks and Kris Sneddon of Team Kona. They hit their stride that day, leading the climbs, destroying the downhill and built up their margin to almost eight minutes with one stage left in Whistler.

They doubled their lead over the final day, Saturday, looking relaxed on the long climbs, and finished the seven day, 370 km epic in 18 hours, 27 minutes and 31 seconds.

For McGrath, the ride was the highlight of the season.

"We've both been on the World Cup for the past 15 years, so this was a chance for us to get back to our roots a little, a chance to ride with our buddies in Canada, and to have some fun riding," he said. "This is the best event of the year for us."

Sheppard said the two had been riding together in training for the past 15 years, and there was never a point where they didn't get along.

"We've ridden together for such a long time we didn't even need to say anything," he said. "If one of us was having a tough time the other rider would automatically sense it and move up front to set the pace for a while, or we'd take turns pulling each other up the hills.

"We came here to win, but it never felt like the pressure was on us, or there was never a point where we weren't having fun riding... even when we got to the sixth stage in Squamish and we had a minute on the competition, it never stopped being fun."

Thirty-nine teams finished in the Open Men category, plus another 11 teams that finished unranked after disqualifications, injury or illness.

In the Team of Two Open Women the Luna Chix - Katerina Nash and Olympic rider Catharine Pendrel - placed first with a cumulative time of 21:49:42. Their main competition - former Olympian and world champion Alison Sydor and Lea Davison - were more than 50 minutes back in 22:42:03. Third place was claimed by Lisa Ludwig and Dawn Anderson in 25:13:35.

Nash and Pendrel won every stage on their way to the overall win, but never took their lead for granted.

"It's a very demanding race, but it was an incredible week of riding," said Pendrel. "We knew going in that it was going to be tough, but every day there was something new to ride so it was always exciting. I was really impressed with the selection of trails."

Nash added that, "it was great to be done, but I'd love to come back."

In the solo categories, former Whistler resident Megan Rose was the racer to beat on the women's side. She finished her seven-day ride in 26:26:53, more than six and a half hours faster than Tori Fahey, who finished with  time of 33:09:53. Claire Garcia-Webb was third in 33:39:51.

Although she's been an adventure racer in the past, Rose injured her knee last year and still is not able to run. But she can ride a bike, and decided to make the B.C. Bike Race the highlight of her 2009 season.

"I thought about riding as a team, but I'm generally fast on the downhills and slow going uphill, and it would be hard to find another rider to match that," she said.

"It was awesome. There were some days I didn't like five minutes of riding and other days where I loved everything. My favourite day was in Cumberland, which totally fit my style - a lot of singletrack and no major climbs. I also liked Squamish, and I'm thinking about racing the Gearjammer this year."

The race started June 28 with a ride on the Lower Mainland's North Shore. Day two was at Parksville on Vancouver Island, day three was Cumberland, day four was Cumberland to Sechelt, day five was Sechelt to Squamish, day six was Squamish and day seven was Whistler. This was the third year for the B.C. Bike Race, with all 350 spots selling out well in advance.