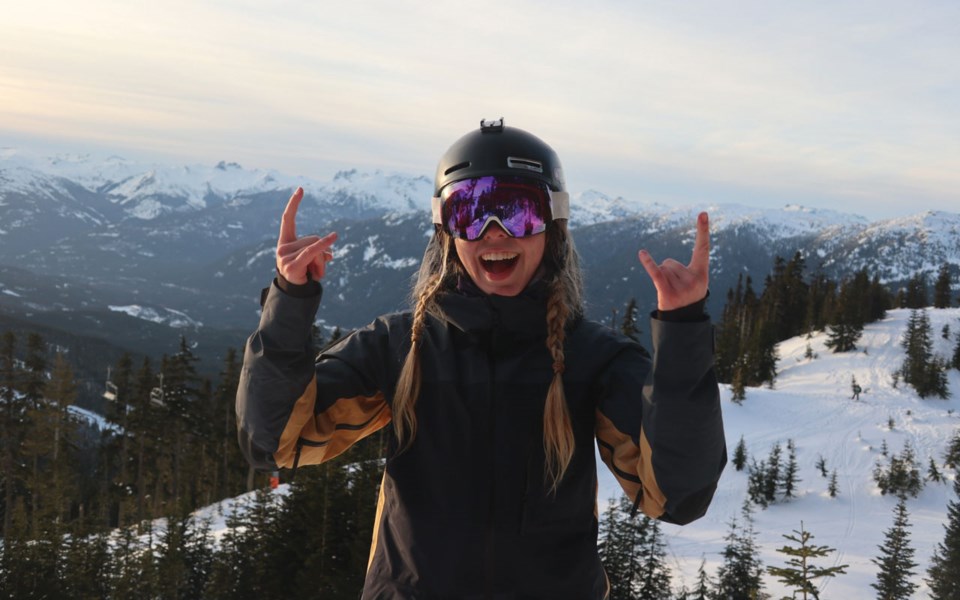 In this pandemic winter, freerider Olivia McNeill had settled into a season of balancing schoolwork and skiing with the hope of a return to competition for the 2021-22 season.

But one late-January message in her inbox jolted her upright. American Jacqueline Pollard wouldn’t be able to participate in the upcoming Freeride World Tour season in Europe, so McNeill was offered the opportunity to take her place as a wildcard.

She accepted, and two weeks later, she headed overseas for her rookie campaign.

With a change of plan, her days were packed figuring out the logistics.

“They’ve been kind of busy,” the Whistler Freeride Club member told Pique on Feb. 13, the day before her flight. “I’m excited and a little nervous to head off. It’s been a hectic week and a half since learning about it to try to figure everything out.”

The two-time North American Junior Champion, 20, wasn’t anticipating anything competitive this winter, so she was embracing the opportunity to explore, enjoying the time on snow. However, she’s gotten into the contest mindset leading up to the season opener, which will take place at Ordino-Arcalís, Andorra on Feb. 19.

“It’s been a lot more casual than usual because of the lack of comps,” McNeill said. “But I have been skiing quite a lot because I’m going to UBC right now, but school’s online so I have been spending quite a lot of time in Whistler, going skiing between classes and such, so I’m getting a lot of hours in.

“I thought I’d have all winter to work on stuff, to prepare for next season … I’ve had to jump start that in the last two weeks and focus more.”

One adjustment McNeill is making is avoiding compensating for a sore knee; even so, it’s the best she has felt entering a season in quite some time, noting a bad ankle injury she suffered a few years back.

“Sometimes when the ankle hurts, it goes up into the knee,” she said. “But I’ve been working on it and I’m hopeful. I’m definitely better off than I was last year at the start of winter.

In a normal season, McNeill’s first competition usually would have been scheduled about three weeks after she got on snow, and she would be making her first big hits for points. Even with a somewhat different schedule, she doesn’t feel at a disadvantage because of the tight turnaround, especially with about a week to adjust to the time change.

“I think I’ll settle in when I get there,” she said. “Even though it’s short notice, I could be less prepared.”

The timing also went well school-wise, as she was on reading week after arriving. With the time difference, she’ll be able to ski all day and take classes in the evening.

After challenging the Freeride World Qualifier last year and finishing with three top-five finishes in four-star-level events, McNeill reckoned her opportunity on the world tour might come next winter. But with the timeline advanced, she’s hoping to drill a permanent place on the tour and make it to the final event in Switzerland.

“I would really love to qualify for Verbier and make it back next year,” she said. “That’s definitely the goal, and hopefully, I’ll have some other successes, too, and have a lot of fun.”

McNeill won’t be alone, either, as she headed over with Whistler clubmates Tom Peiffer and Cooper Bathgate, as well as local coach Derek Foose.