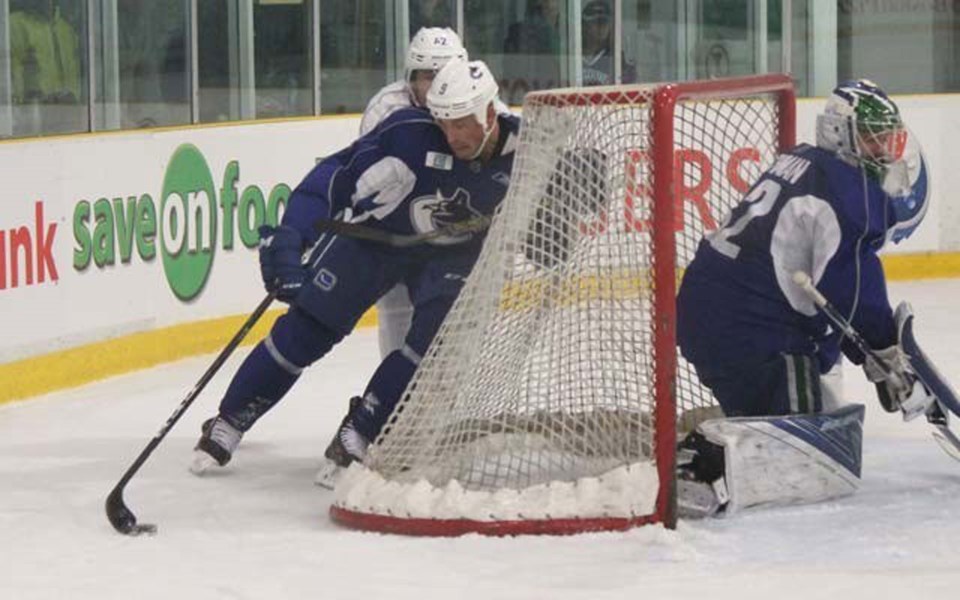 Meadow Park Sports Centre is set to reopen, but there are no discussions to bring back Vancouver Canucks training camp, according to Mayor Jack Crompton. File photo by Dan Falloon

With the Meadow Park Sports Centre regularly taking the mantle of Favourite Fitness Facility in the annual Pique Best of Whistler poll, the Resort Municipality of Whistler (RMOW) has good news for a lot of people.

The sports centre will reopen with some offerings on Aug. 17.

Passholders will be able to book 75-minute slots in the fitness centre to use the weight room, cardio room or stretching rooms, or 45-minute bookings of the squash and basketball courts for up to two members of the same household.

Mayor Jack Crompton said a maximum of 20 passholders can be on site, but expects there will be some times that are lighter than others.

“In the heat of the day, people are less likely to be inside working out. Most will be outside enjoying all that Whistler has to offer.”

Those coming to the facility should come dressed in their gear, as no change rooms or showers will be made available.

Crompton said that 16 staff members—12 at the front desk, two fitness instructors and two maintenance workers—have been brought back to help with the opening, joining the three permanent fitness staff members and seven front-desk personnel who had already been hired back.

An RMOW spokesperson said in a follow-up email that the 19 front-desk staff are still short of the 30 who normally serve in the role, while all fitness staff members “have been rehired as they are all qualified to teach a variety of fitness classes,” the spokesperson wrote.

“Additional fitness staff may be hired to support enhanced sanitation and patron education of new safety protocols,” the spokesperson added.

Two trainers will be in the fitness centre to remind visitors of protocols while other staff members will clean high-touch areas frequently. In response to questions about what type of enforcement will be in place for those who do not follow protocols, Crompton, asked multiple times, said only that staff’s focus is “education.”

“The organization, overall, will be implementing and sharing the protocols that we have put in place,” he said. “The primary goal for encouraging protocols will be education.”

No drop-ins will be allowed, and passholders can book slots up to 72 hours in advance. Fitness centre slots can be booked online or over the phone, while courts must be booked by calling 604-935-7529 during business hours, 6 a.m. to 8:30 p.m.

Existing memberships have been credited with additional time equivalent to the closure, as well as three bonus weeks.

Looking ahead, it is anticipated that the pool will reopen for laps in mid-September, and indoor fitness classes, public skating and Stick and Puck are also expected to resume in mid-September.

“Additional services will be offered when they can be delivered in a safe, strategic manner and adequate staff resources are available,” Crompton said.

With the Vancouver Canucks in the Stanley Cup Playoffs for the first time since 2015, it would be exciting to see the team continue its tradition of holding training camp in Whistler in even-numbered years. Crompton said it’s not on the RMOW’s radar right now, though.

“That’s not something that we’re pursuing at this time,” he said.

Even with the indoor facilities starting to reopen, Crompton ended by encouraging residents to enjoy the outdoors.

“Get outside. Enjoy everything that Whistler has to offer,” he said. “Recreating outside is one of the safest things you can do.”