Melamed just off the podium in Ireland 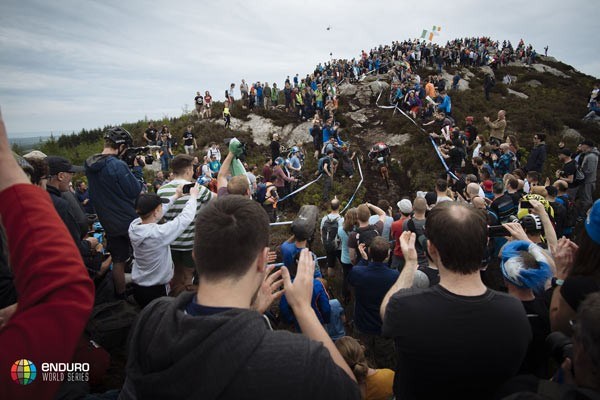 On pace for his first-ever victory in the circuit in Madeira, Portugal, a mechanical knocked the Whistler racer from contention.

But two weeks later, as he looked for redemption, he found it with a fourth-place finish at County Wicklow, Ireland.

When all was said and done, Melamed was 24.82 seconds behind winner Adrien Dailly of France, while Australian Sam Hill was second and Belgium's Martin Maes was third. Melamed was 6.19 seconds off the podium in the May 28 race.

"I knew Madeira would sting a lot less if I had a good result in Ireland and that's kind of what happened," he said. "It was good to carry the speed forward and not let Madeira affect me too much.

"I rode like I know how and it was good to get a solid result from that."

The result, Melamed's first top-10 in four attempts this season, brings him to 15th in the overall standings, though his 880 points are 800 behind leader Greg Callaghan.

"It's a little bit surprising that this is my best result of the season because I've been feeling like this the whole time. It shows the speed that I'm at, so it's a good confidence booster," Melamed said. "It feels like I'm on the right path this season."

The 24-year-old won the final stage to put an exclamation point on the day.

"Winning a stage is a pretty cool feeling, knowing that you're the fastest one there. It aligned with how I was feeling for the day," he said. "I was just getting better and better and having more and more fun and the crowd was amazing. It was a great way to finish the day."

One photo Melamed posted to Instagram after the race highlighted the Irish fans, lauding the atmosphere they brought to the race.

"They're so into the racing and they know your name," he said. "You see the fans... on the way up and they're high-fiving you and cheering you on, and then you see them on the stage. They're all over the place.

"There are fans everywhere all over the track."

Melamed is back in Whistler and plans to hit the bike park and some other local favourites for the first time this season.

"(The bike park) is a good training tool," he said. "I'm just glad to come home and have some trails open to ride because the last time I was here, they weren't open."

The kids are out of class with another professional development day this Friday, June 2, and there's a rucking good option to keep them occupied.

The Whistler Athletes' Centre is hosting Rookie Rugby from 8:30 a.m. to 3 p.m. to help teach youngsters the sport's basic rules in a non-contact way using flag belts. Participants must be at least eight years old.

Rookie Rugby will focus on skill development while teaching kids with smaller teams on a smaller field.