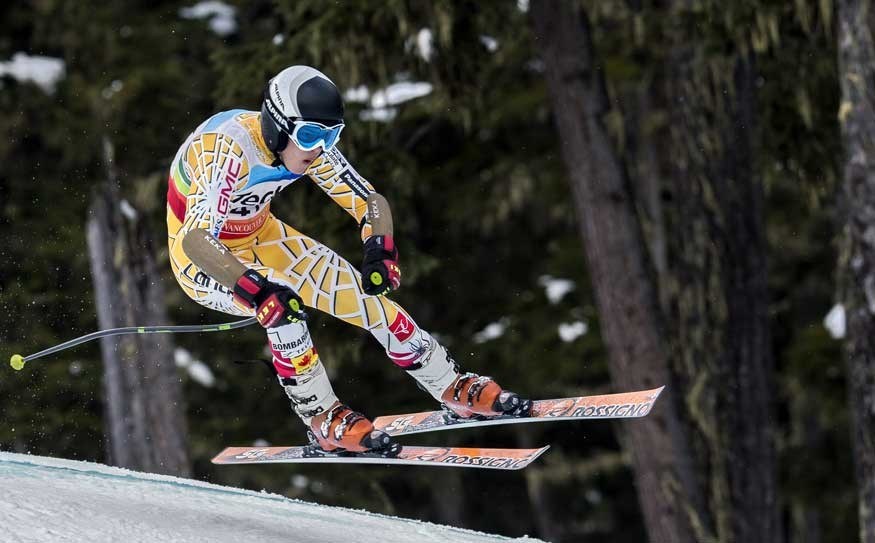 Super G Riley Seger from the Whistler Mountain Ski Club was on the podium for three straight races to take the overall Parsons Memorial title for 2013. Photo by Jim Davie

For decades, Bob Parsons was one of ski racing's strongest supporters and volunteers and now, over three decades since his death, the Parsons legacy lives on.

Originally Parsons was renowned for creating safe downhill events for young K2 level skiers (ages 13 and 14) to help them get used to the format before heading to the next level where speed events are more common. Several members of the national speed team got their start in Parsons races including Manuel Osborne-Paradis, Robbie Dixon and Madison McLeish.

Over the years the event transformed into a super G competition, and this past weekend the Whistler Moutain Ski Club hosted the Teck Super G Provincial Championships on the newly created Dave Murray National Training Centre on Whistler Mountain.

In the opening boys race it was the WMSC's James Crawford in first, followed by Grouse Mountain's Sam Mulligan and the WMSC's Riley Seger. All three were separated by just 0.4 seconds. Rounding out the top 15 were Max Peiffer in fifth, Max Kishenblatt in seventh, Cooper Yates in ninth, Alex Gershon in 11th and Jeffrey Cadman in 15th.

The women were supposed to race two super G events on Saturday, but the second women's event was cancelled due to course conditions and fog. Mikayla Martin won again, this time with a gap of 1.15 seconds. Teammate Stefanie Fleckenstein joined her on the podium in second, tying Antonia Wearmouth of Grouse. Other Whistler skiers in the top 15 were Sarah Kapur in 10th, Tamara Smallwood in 11th and Cheyenne Ling in 14th.

There was a pair of team ski cross time trial events on Sunday, with organizers mixing up teams and clubs. Results are at www.bcalpine.com.