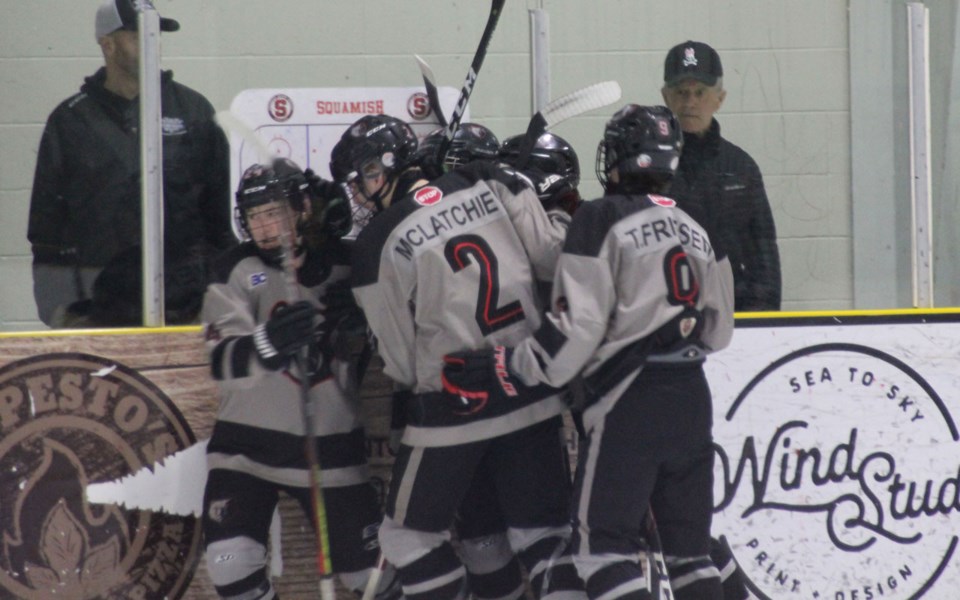 It speaks to the weirdness of 2020 that minor hockey in the Sea to Sky is getting underway the same week as the NHL handed out the Stanley Cup.

This season is set to look a little bit different, though, according to Whistler Minor Hockey Association president Joe Baker.

Baker credited collaboration between the Pacific Coast Amateur Hockey Association (PCAHA) programs, which met regularly throughout the pandemic, for sharing ideas and helping to facilitate a safe return to play, which kicked off in Whistler with tryouts beginning on the weekend.

When gameplay resumes, teams will form small four-squad cohorts and play within those for three weeks, then take a two-week break before forming new cohorts. There will be no tournaments or provincial championships this season.

“It’s going to be very development focused, but at least we’re getting the kids on the ice playing real hockey in a competitive environment,” Baker said.

Registration numbers are steady, though rates in some of the younger groups are “soft,” but still high enough to run a team. The addition of a U13 girls’ team to the existing U11 program, meanwhile, provides a boost.

One challenge, at least in the early going, is that restrictions limit the number of on the ice during practices to 15, and that will likely take the form of 13 players and two coaches at a time, Squamish Minor Hockey Association president Chris Green said. While it means players have less time physically on the ice, he anticipates a tradeoff where the time is better spent, especially at younger levels where there can be “chaotic” situations of 30 to 40 players on the ice at a time.

“Now you’ve got to split those groups into two or three ice times. A team will actually see a little less ice than they would in previous years, but at the same time, there’s less kids on the ice, and there’s a better coach-to-kid ratio, so we’re hoping that even with a dip in ice [time] … the development will be about the same or could even see some improvement,” Green said.

In Whistler, Baker credited scheduler Paula Palmer for ensuring that there’s enough access all around.

There are some changes to the Sea to Sky Bears program, which saw both its bantam and midget teams qualify for their respective provincial tournaments before they were cancelled because of COVID-19. In the inaugural season of the BC Hockey pilot, the Bears hosted players from both the Squamish and Whistler minor hockey associations.

There were a handful of reasons that the program was suspended, at the older level, for the 2020-21 season.

Primarily, without another rep team, the program created logjams further down the line in both communities.

In Whistler, Baker said the house team could not dress all the players on its roster.

“What that resulted in was a really uncomfortable situation in the house teams for both organizations where they were oversubscribed,” Baker said. “We had up to 30 skaters … We couldn’t even dress everybody to play games, so those kids had to go on a rotation and they weren’t getting a sufficient amount of ice.”

Complicating issues were that there was little interest in making a combined house league team between Whistler and Squamish and even if there were, having enough goaltenders would likely be an issue.

“Their lives are a little busier,” he said. “There was no interest in sharing a team, having a third house team that would be shared between Squamish and Whistler.

“The kids wanted to play with their friends and we were hearing from our board members who were most closely associated with that age level, they talked to their families, and there just didn’t seem to be the interest.”

“We couldn’t be trading two rep programs for half a rep program and then have house pick up the slack,” he said. “Our goal as an association, and we mentioned this at every board meeting, is we don’t want any kid who wants to play hockey not to be able to play hockey.

“It was a bit painful last year to have kids have to sit out games.”

In a letter of understanding to BC Hockey, which was approved by the Squamish association and the PCAHA, the WMHA expressed interest in bringing the U18 program back in future years provided that there is a second rep team.

“There’s a full intention to resume that program next year if we can get all the pieces in place,” Green said. “We are excited that the U15 level is going ahead and it looks like there will be two strong teams there.”

However, Baker stressed the need for consistency.

“It takes an incredible amount of time and energy to have to redesign the program every year,” he said.

As well, Baker added that this year’s tryouts have independent evaluators in attendance.

“We want to make sure it’s as transparent and fair as possible,” he said.