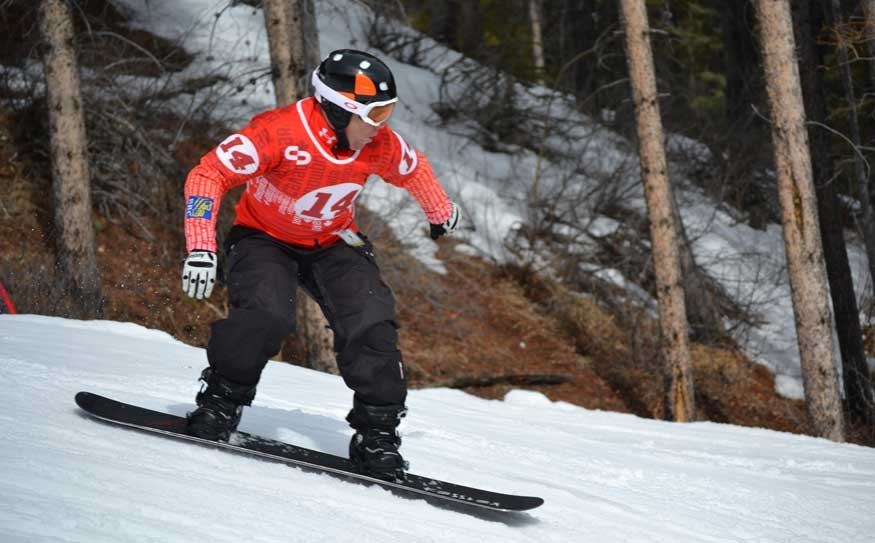 Para-snowboarding is coming to the 2014 Paralympic Games, and Whistler's Tyler Mosher plans to be there — a two-time Paralympian in two different sports. But this time his goal isn't just to make the Games, but to win gold.

"I'm extremely elated," he said of the International Paralympic Committee's announcement on Wednesday. "I'm excited to have the opportunity to train for a gold medal in the 2014 Winter Paralympic Games in Sochi, Russia."

An incomplete paraplegic after suffering a snowboard-related spinal cord injury in 2000, Mosher got involved in cross-country skiing. He knew he was late to the game, strapping on skinny skis for almost the first time in his late 20s, but he was determined to find the silver lining and maybe trade it in for a gold.

He succeeded in making the national para-nordic team and competed at home in the 2010 Paralympic Games, a goal that took thousands of hours and thousands of dollars of his own money to achieve.

But cross-country was never really his sport. Shortly after his injury, Mosher tried snowboarding again and found that he could still do it at a high level. He still loved it. But there was no way to compete — no sanctioning, no benchmarking of disabilities, no national teams, no international contests. There were hundreds, maybe thousands of young snowboarders with disabilities out there, he'd met a few of them, but there was nowhere for them to go.

Mosher helped to change all of that, working with others to drum up support for adaptive snowboarding and creating a competitive system from the ground up for the athletes. He competed every chance he got, even in the middle of his cross-country training, and did all he could to promote the sport. Sure enough the events started to get bigger, athletes started to come out of the woodwork and this week, after years of lobbying, the IPC made it official.

"I'm just so happy to achieve my goal," said Mosher. "When I had my spinal cord injury, snowboarding for the disabled didn't exist. And now, through the help of so many people — especially the Whistler Adaptive Sports Program, (Canada Snowboard), the USASA (U.S. Amateur Snowboard Association) and the World Snowboard Federation, we successfully presented and developed the sport to the IPC, and the IPC was successful in influencing Russia to include it in their Paralympic Games.

"It's a huge success, to believe in positive thinking and perseverance, and that by working hard and working with others to achieve your goals, anything is possible."

The format will likely be some variation of snowboardcross, either an individual time trial race called slingshot or head-to-head competition on a course. It's the format that's been embraced by the IPC and others because it combines different aspects of snowboarding including racing and jumping.

Mosher is currently one of the top adaptive riders in the country, and if the Paralypic Games were held tomorrow he'd be among the favourites to win the event. Part of the reason is that he has a head start, but he's also worked hard on it for years. "Having been to the Paralympics before, I know how much work and dedication it takes. I'm also lucky that I have the full support of Canada Snowboard and Sports Canada. We're all looking to bring home a gold medal, that's the goal."

Mosher is still waiting to find out what the national program will look like in the run-up to the Paralympic Games, and whether the sport will receive Own the Podium funding.