Whistler's Tyler Mosher blazed a snow-trail of glory this past week, winning the first ever World Snowboard Federation Adaptive Snowboard World Championship in New Zealand.
Aug 7, 2009 9:48 AM By: Jesse Ferreras 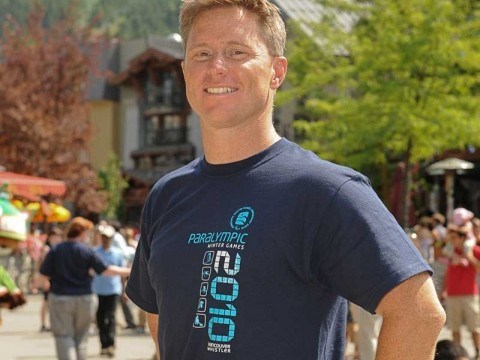 Mosher, a skier and snowboarder who has placed among the best of the world's para-nordic athletes, won gold in a time of 75.99 in the competition at Cardrona Alpine Resort, which is located between Wanaka and Queenstown, New Zealand.

Five other countries took part in the competition including the United States, Australia and the Netherlands.

"It's a wonderful feeling," Mosher said of his win. "It's pretty exciting and it's a great accomplishment considering snowboarding for the disabled didn't exist nine years ago."

New Zealand's Carl Murphy took silver in a time of 78.25, while third place went to Ian Lockey, a New Zealand-born rider representing Canada. He came in just .41 seconds behind Murphy in a time of 78.66 seconds.

"The course and set up was awesome," Murphy said in the news release. "It's really nice to be able to compete and get silver in the biggest event of the year at my back door."

Other results at the world championships saw Bibian Mentel from the Netherlands take the first ever Women's Adaptive Snowboard World Championship in a time of 77.88. Second in that competition was the U.S.A.'s Nicole Roundy, who finished in 89.34 seconds. Australian Jodie Thring came third with 122.46.

A walking paraplegic who is 40 per cent paralyzed below the waist after a snowboarding accident in 2000, Mosher is a member of the Canadian 2010 National Para-Nordic Team and hopes to compete in cross-country skiing at the Winter Paralympics when they hit Whistler next year.

After the accident it took some time before he could hit the slopes again.

"In order to walk in the snow which I can't really do, I took up cross-country skiing and I kind of shuffled on skis so I could walk in the snow," he said. "I didn't think due to the muscles that are paralyzed... that I'd physically be able to snowboard. I can't skate-ski, I can only do classic due to my disability,"

He initially hoped to have Para-Nordic Snowboarding on the bill for the 2010 Paralympics but it's looking a lot more promising for the 2014 Games in Sochi, Russia. Of course he hopes to compete there too.

Leading up to the Games, he's developed a distinguished athletic career in various sports, whether cross country skiing, biathlon or snowboarding.

Last April Mosher earned a medal at the U.S. Amateur Snowboard Association national championships, coming first in giant slalom, third in slalom and fourth in slopestyle. He also led in the finals of snowboardcross but crashed when clipped from behind by another racer.

Lockey, who came third at the world championships, won the overall title in April.

In March Mosher competed at a test cross-country event at Whistler Olympic Park, finishing within 30 per cent of the leader and earning World Cup points.

Just over a month earlier he won the slingshot race at the National Adaptive Snowboarding Championships at Grouse Mountain, again just ahead of Ian Lockey.

Outside his feats on the slopes, Mosher is an environmental planner in Whistler and owner of both TMD Landscapes Ltd. and The Gardener's Inc. He was recently a director with the Whistler Fisheries Stewardship Group.