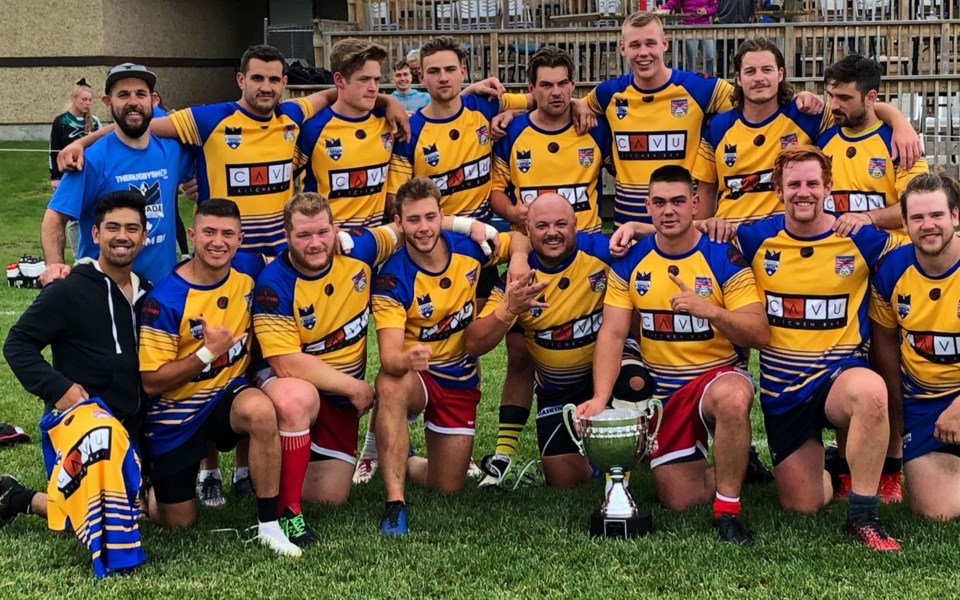 Whistler will be getting a brand-new rugby team in the summer of 2020, with some strong leadership off the bat to boot.

The Whistler Wolves will take the field next year with former Whistler resident Blake Stewart at the helm as president and coach.

Stewart, now in Squamish, also heads up the Western Canada Rugby League squad, and comes to found the Whistler team from the North Vancouver-based Coastal Cougars.

"A lot of people seem really keen to be involved," Stewart said. "There are a few Canadians who aren't really familiar with the game and said they want to play.

"The game is known by some Kiwis and English people, but my goal is to have it so that the Canadians are involved."

During his time living in Whistler in the earlier part of the decade, Stewart had some involvement with the rugby league team at the time, the Sea to Sky Eagles.

"I thought to myself, ever since I've been away, 'If I ever move back to Whistler, I want to get the team going again,'" he said. "It's such a sporting community, and with the amount of ex-pats that know the game, it seems silly to me that there isn't a team here.

"I decided that's it. I really want to do it and talked to a few of my friends. We're trying to get people involved."

While the Sea to Sky Axemen are thriving, they play 15-player rugby union whereas the Wolves play rugby league, with 13 players a side. Rugby league, Stewart explained, has fewer rules than rugby union and can be quicker for newcomers to understand.

"A lot of people describe it as ice hockey on a field," Stewart said. "[There's] the hits, there's constant movement.

"If Canadians have actually seen the game, they love it."

As well, given that the Wolves play in the summer and the Axemen play in the spring and fall, Stewart hopes some players will consider double duty.

"We're in very close quarters with the Axemen given that we're trying to work together with [them]," noted Stewart, adding that Axemen founder Al Macaulay supported the Eagles during their tenure as well. "We aren't a rival to them. We play different seasons. We're looking to work with them."

Stewart explained that the squad will have a diversity of skill levels in its early going, as those new to the game are invited to come try it out, while some of the more experienced players have competed at a high level in countries such as Australia. Stewart hopes to ultimately have a roster of 25 players, with 20 of those dressing each game day.

For those who join and decide they want to go further in the sport, Stewart's status with the Western Canadian team provides an immediate pathway.

"If you play very well for Whistler, then you can play for B.C., then Western Canada, and from there, Canada," he said.

While the Wolves don't have a home base locked down quite yet, Stewart said that since the team doesn't start training until at least March, the team has some time to sort that out.

For more information, check out www.facebook.com/WhistlerWolvesRL/. Keep an eye on the page for announcements of information nights in the new year.