Olympics 'just another race' for Thompson 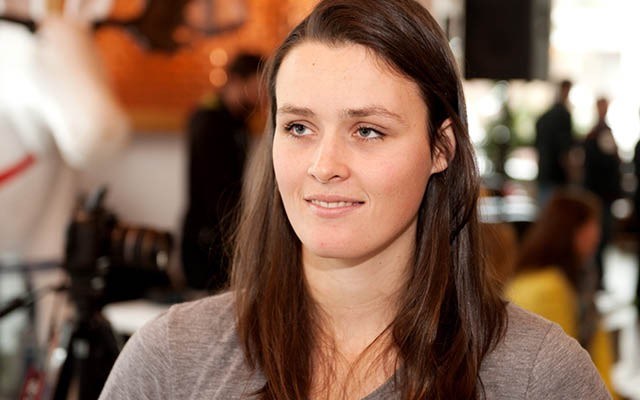 Having won the only individual ski cross Crystal Globe in Canadian history and a junior world championship title, it seems strange to call this Marielle Thompson's breakout season.

But when you look at the way she's dominated the World Cup circuit this winter, it's hard to argue otherwise.

The Whistler native will head into women's ski cross competition on Friday, Feb. 21 as the hottest skier in the field and a heavy favourite to bring home a medal from her first Olympics.

Thompson has yet to finish outside the top five in a World Cup race this season and has built up a big lead in the overall standings, collecting two victories and two more podium finishes along the way. In a sport like ski cross, where crashes are common and can derail a skier's race through no fault of their own, that's a remarkable record.

But perhaps it should also not be surprising, considering the way she's raced every event — free of traffic. Thompson has been masterful at getting the hole shot in her heats this year and nearly impossible to pass when she gets out front.

"I guess I just really believe in myself and know I can do it," Thompson said while in Whistler before leaving for Sochi. "I think that's a good place to be in going into the Olympics, knowing I can contend with all the best girls on any day, and on any course, too."

Thompson had yet to make her first World Cup start when ski cross made its Olympic debut in 2010. It wasn't that long ago that she was in awe of the skiers lining up next to her. Now, the 21-year-old is the one they're all chasing.

"I remember my very first World Cup was with Ophie right beside me and I was like, 'Whoa, this is so cool,'" laughed Thompson, referring to seven-time World Cup overall champ Ophelie David of France. "Now, it's cool to be such great competitors."

David remains one of Thompson's biggest challengers at these Games, while the Swiss trio of Katrin Mueller, Fanny Smith and Sanna Luedi has been a force this season as well.

Throughout this Olympic season, Thompson has managed to dart around questions about her place as a favourite in Sochi, while keeping from looking too far ahead to the Games. She'll be looking to keep her always-calm demeanour when her Olympic race is finally underway.

"I hope that I can keep my nerves down and just keep going how I've been going. It's really just another race," she said. "I know it's the Olympics and it's such a big stage, but when I'm in that start gate, it's going to be 'Let's get down first and get in front.' "We'll see if my mind changes and if I get all worked up, but I hope not to."

The men's ski cross final will be wrapped up by early Thursday morning in Whistler. The Canadians have three strong horses in that race, including Whistler's Dave Duncan, who currently sits tied for second in the World Cup standings. Chris Del Bosco and Brady Leman are also more than capable of medal finishes.

Duncan was due to race in the 2010 Games but broke his collarbone in training just days before the event started. He's coming off a first-round exit at the last World Cup race in Kreischberg, Austria, and will be using that result as motivation in Sochi.

"It just makes you want it more, not to say I wouldn't want it if I'd had success in Kreischberg, but it just kind of makes you a little angry and maybe makes you push a little bit harder," said Duncan.