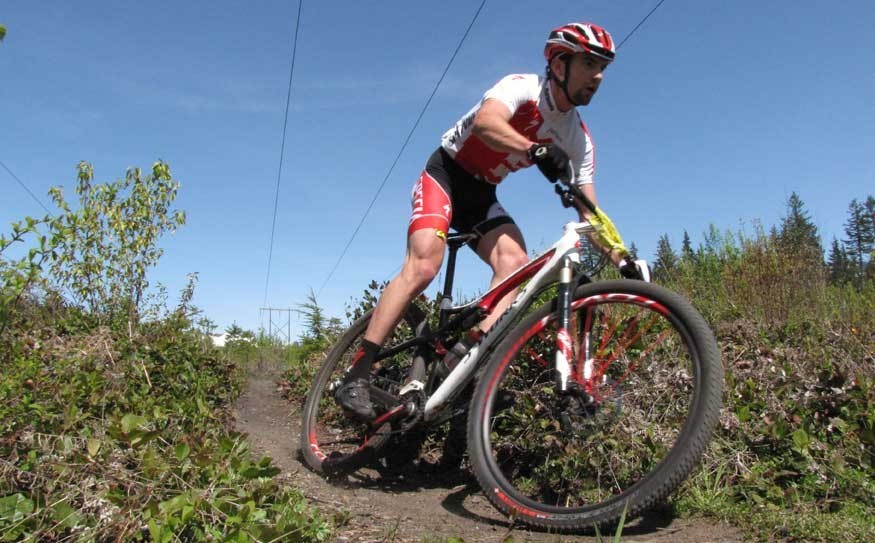 Squamish's Neal Kindree is coming off a huge season where he won all of the Squamish events in the Test of Metal Group of Races — Ore Crusher, Test of Metal, GearJammer and Just Another Bike Race — plus the seven-day B.C. Bike Race and the TransRockies Challenge. He also placed second in the 2012 Nimby Fifty to Max Plaxton, Canada's top international mountain bike racer last season, after a close battle that was lost when Kindree missed a turn on the descent.

This season he's planning to stay a bit closer to home, but wants to defend all of his titles from last season — starting with the Ore Crusher on May 11.

"I'm happy to hang out here and defend my belt, or whatever you call it, and ride around my stomping grounds this year," he said. "I'm going to take it (this season) a bit at a time. If I'm feeling really good I'll probably try to find a way to make it work to get to some bigger races, but if I end up sticking around here that's fine. I really like racing, and the Test of Metal is the biggest cross-country race in Canada, so in a way this is the place to be."

With no Olympics this year to distract some top World Cup riders, Kindree thinks he'll have more competition at races — especially races where there's prize money up for grabs. He's also looking forward to racing some up-and-comers from Squamish and thinks some of the toughest competition in his race will come from riders like Team Squamish's Quinn Moberg, who won the junior men's category at the Ore Crusher last year. He was over six minutes slower than Kindree in that race, but Kindree said the young rider has only gotten faster since then.

"He's just ripping right now, and I think he'll definitely be one of the guys throwing down (on May 11)," said Kindree.

The Ore Crusher is different from other Squamish epic races. It's the only lap event in the Test of Metal series; with competitors making three laps of a course that covers roughly 13km and a total distance of 40km. And while the trails in the Cheekye Fan area are beginner and intermediate in terms of difficulty, the average pace for riders is actually slower than other epics like the Test of Metal. There are no roads and there's nowhere on course to take a break.

"Being fit is key, it's a surprisingly hard race," said Kindree. "There's not a lot of climbing, but it feels like you're climbing all day. It's also important to pick good lines and to be super smooth because that stuff drains you. There's no fire road anymore, it's all singletrack and there's not a lot of speed that you can carry anywhere. My advice is to go and ride your bike every day way too much, and hopefully you'll have a good day."

As well as racing locally, Kindree — with the help of sponsors at Specialized, Corsa Cycles and SRAM — is hoping to head to Ontario for a Canada Cup race and the cross-country national championships, which are a week apart this year. Eventually he'd like to get back to where he was before he injured his knee in 2009 and sat out for almost two complete seasons: a national level carded athlete with national titles and World Cup-level sponsorship. But funding is always a challenge and he knows that it will be tough to get back to that level.

"It is what it is," he said. "I'm just super grateful to be in the situation that I'm in, which is getting free bikes and parts, and getting some things paid for. (Getting back) is the goal, but I'll have to see."

Registration is available for the Ore Crusher at www.testofmetal.com. There is a new start and last-minute registration this year at Republic Bicycles from 8 a.m. to 10 a.m. in Brackendale. The start time is 11 a.m. and the entry fee is $40 plus a $5 trail improvement fee.