Orienteers descend on Whistler for nationals 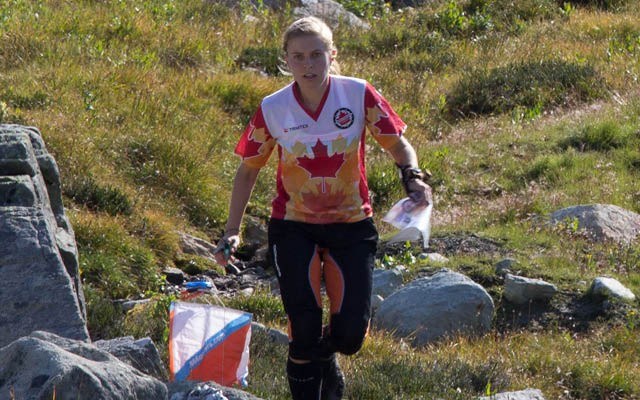 Orienteering Canada's executive director says Whistler's "unique" environment is what makes it an ideal place to host the sport's national championships, which take place in the resort over several days this week.

"When you look on the West Coast, there's a lot of terrain that's super thick and green, and really not fun at all for orienteering," said Charlotte MacNaughton. "But the geography of Whistler makes it so that there are some really interesting pockets of terrain.

"Combine that with the tourist appeal of Whistler and it's a no-brainer."

Organizers will be looking to explore as much of that interesting terrain as possible during the Canadian Orienteering Championships by setting races on some new courses that were just recently mapped. That includes one in the One Duck Lake area, which hosts the first championship race on Saturday, Aug. 2, and another on the slopes of Blackcomb later in the week.

"That's one of the things we're most excited about for this event — it's new terrain, and it's really, really fun," said event official Adrian Zissos. "The stuff at One Duck is just world-class orienteering terrain. It's very intricate — rocks, hills, marshes. It's just fantastic, and we're really happy we found that.

"That will help develop more orienteering here, and help increase the reputation of Whistler, since the West Coast is known as thick, jungle forest that's not fun to get off the trails."

Orienteering competitions are best described as cross-country running races, during which athletes navigate to and check in at multiple control points along a course before arriving at the finish.

Most of the country's top orienteers are expected in town for the championships, running Aug. 1 to 5, and up to 12 countries may be represented amongst the field of athletes. Canadian national team racer Will Critchley of Edmonton is expected to be among the top competitors this week. Mike Smith, who has competed at the world championships for Canada more than 10 times, could be a factor if he's able to attend.

Saturday's race in the One Duck area is the event's Middle Distance championship race, while a course set through Whistler Village will host the Sprint Distance race on Sunday. The Long course is from the new map around Blackcomb's Black Magic Forest, accessed via the Wizard Chair, and will be raced on Monday.

A non-championship club relay is also scheduled for Tuesday at the Lost Lake beach to wrap up the event.

The Greater Vancouver Orienteering Club (GVOC) has been somewhat active in Whistler over the past few years, holding Why Just Run series races here in 2011, and the provincial championships were held in town two years ago. But it has been difficult to establish major participation among local residents.

MacNaughton said the ideal scenario would be a successful Whistler chapter of GVOC that eventually became its own club, and events like this week's national championships can hopefully introduce more residents to the sport.

"The more locals we can get involved to develop the Whistler orienteer base — that's our ultimate goal," she said.

"We are truly a sport for life. Our oldest competitor is over 85; our youngest is 10, and that's the really neat thing about it."

One easy way to get involved this week is by participating in training sessions on Friday, Aug. 1, which are taking place between 10 a.m. and 5:30 p.m. in the Lost Lake area. Anyone is welcome to try out a training course by stopping by the PassivHaus, and could find themselves racing shortly after.

"We can give them a map, basic instruction and they can go out," said Zissos. "If they enjoy it and get the hang of it, then it's possible to take part in any of the races through the weekend."

Full event information can be seen at www.coc2014.ca.