Outdoor volleyball getting an early start with May 9 social

The Whistler Outdoor Volleyball Association is a recreational success story, growing from a fledgling beer league into an institution with 250 to 300 members each year, three different divisions from competitive to recreational, regular social events
May 2, 2012 9:00 PM By: Andrew Mitchell 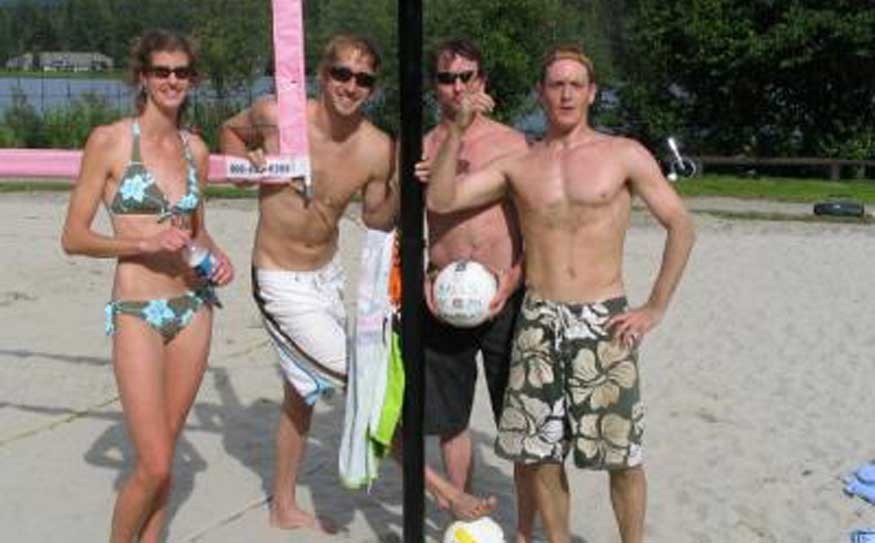 The Whistler Outdoor Volleyball Association is a recreational success story, growing from a fledgling beer league into an institution with 250 to 300 members each year, three different divisions from competitive to recreational, regular social events, fundraising tournaments and more.

This season is already shaping up to be bigger than last. WOVA director Scott Rogers is adding Sunday night to the schedule this year, as well as a second competitive "B" division and a new "King of the Beach" two-on-two league where players rotate partners and opponents on a competitive ladder.

"We're averaging over 250 members each year, and it would be great to facilitate more players coming in, but I think what we're seeing is that the players that are already coming are coming more. They're joining multiple teams," said Rogers.

The season's unofficial kickoff is the league's pre-season mixer on Wednesday, May 9 at 7 p.m. with a social event at Dubh Linn Gate.

"The idea behind that event is just to get everyone back together again," said Rogers. "Even though most of us live here year-round, there are people you don't see during the winter that you do during the summer. This gives people an opportunity to reconnect with the summer crew."

It's also an opportunity for individuals that are looking to join a team to meet up with team captains, and for teams that have lost players to recruit before the registration. Rogers has printed 50 T-shirts that will be available for $10 that people can wear to connect with teams and advertise their availability.

Rogers is accepting early bird registration from existing teams that want to secure their spot for the summer — numbers are limited by the availability of courts — until May 16. After May 16 the next opportunity to register is at the official team registration night taking place on Tuesday, May 29 at the Dubh Linn Gate, starting at 6 p.m.

This year all teams will get a number at the door corresponding to the number of teams in each division. That way people looking to enter teams will know right away whether or not they're getting into the division they prefer or whether they may need to change plays.

If you don't get in as a team or individual, don't worry — Rogers does try to get everyone involved and encourages players to show up at games (which get underway on Sunday, June 10). Teams are always looking to fill positions.

"We try to find a place for everybody, and we usually do," said Rogers. "There are people that come to town after the league has already started, and we still encourage them to come out."

Also new this year is an extended schedule — 11 weeks instead of 10, with the last week for playoffs.

Divisions and details are online at www.wova.ca. If you're a member of a returning team, you can contact scott@wova.ca to pre-register for the season.