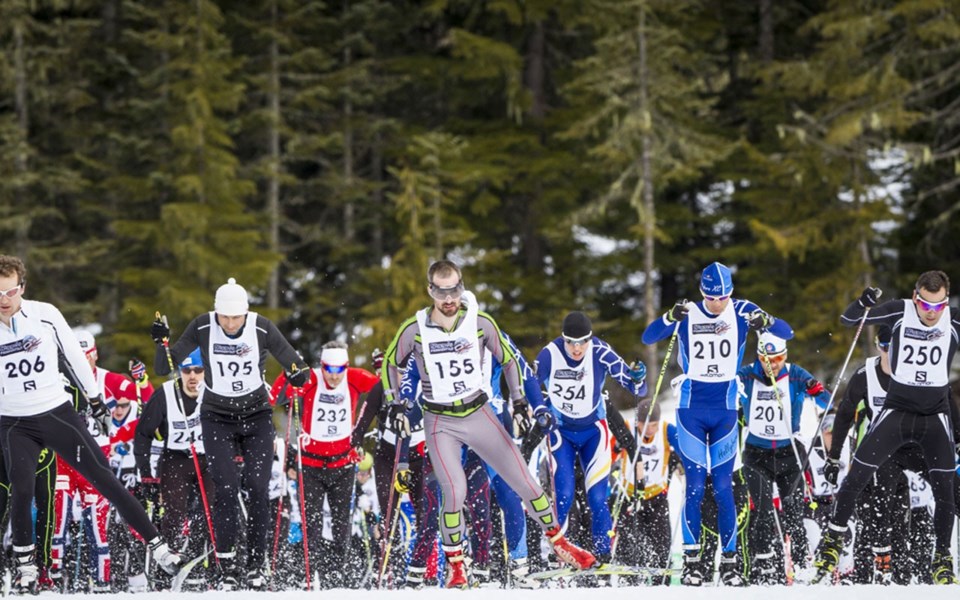 Maya Jonas hasn't been a serious runner or competitive cross-country skier for all that long, but she already has a number of milestones under her belt.

All the more impressive is that her achievements all came after a cancer scare in her late 40s. Now 55, Jonas has challenged the Chicago, New York, Boston and Toronto marathons and earlier this winter, competed in her first Para-Nordic World Cup in Canmore, Alta. She completed the courses with a guide, as she lost her vision in her 20s to retinitis pigmentosa, a genetic disorder.

But this Saturday, Feb. 24, she will be back at Whistler Olympic Park to race the Sigge's P'ayakentsut for the second consecutive year.

"It was one of the best and the fastest races I've ever had and it was so much fun. The course is beautifully groomed and it's really terrific," she said.

This year, Jonas will race led by guide Jamie Stirling, the coach of her Nordic Racers squad out of Vancouver. Though Jonas is officially based out of Toronto, she's been gradually spending more and more time on the West Coast in recent years.

"I'm going back and forth from Toronto to Vancouver all the time to ski, so I'm bicoastal at the moment," Jonas said.

She explained that on-course, she gets verbal instruction from her guide, but also has other aids.

"It's hard, because you can't see where you're going obviously, but I follow the sound. I ask my guide to wear a bell," she said.

The P'ayak is the province's largest loppet with $3,000 in cash prizing and $8,000 in draw prizing. It is also a qualifier for the American Birkebeiner in Wisconsin.

This year's 50-kilometre P'ayak route is different than in past years, as the course will traverse into Norwegian Woods.

Jonas first connected with the P'ayak last year through the club.

Jonas first connected with guide Stirling when skiing at Silver Star when he invited her to Vancouver for coaching. She moved to the city for about a year to boost her training and now does between six and 10 events each year, and also paddles with them during the summer months.

"The Nordic Racers, the members themselves guided me," she said. "Without their help, I wouldn't have made it.

"This past December, despite the fact that I'm a really lousy skier, I did make it to the World Cup."

Jonas appreciated the experience, but noted she was a little bit out of her league as a competitor.

"I got creamed by the Russians, but at least I got to race in the same race as the fastest visually impaired females in the world," Jonas said.

The World Cup, she acknowledged, was a different experience than racing marathons, as at the para level, there are a limited number of athletes compared to the tens of thousands who run races in major cities.

Tragically, Jonas' first major marathon was the 2013 Boston Marathon, just after she celebrated her 50th birthday. It was the target of a terrorist attack that killed three people and injured hundreds. She wasn't allowed to finish, but returned the following year to cross the line.

"At the time, it's so surreal. You're shocked. It feels like you're on CNN. You feel like you're inside television," she said. "Who would have thought this would happen to you running a marathon?"