Peak to Valley running this weekend

Sports briefs: Pemberton biker up for honour; Plethora of local athletes off to Winter Games
Feb 21, 2018 5:00 PM By: Dan Falloon 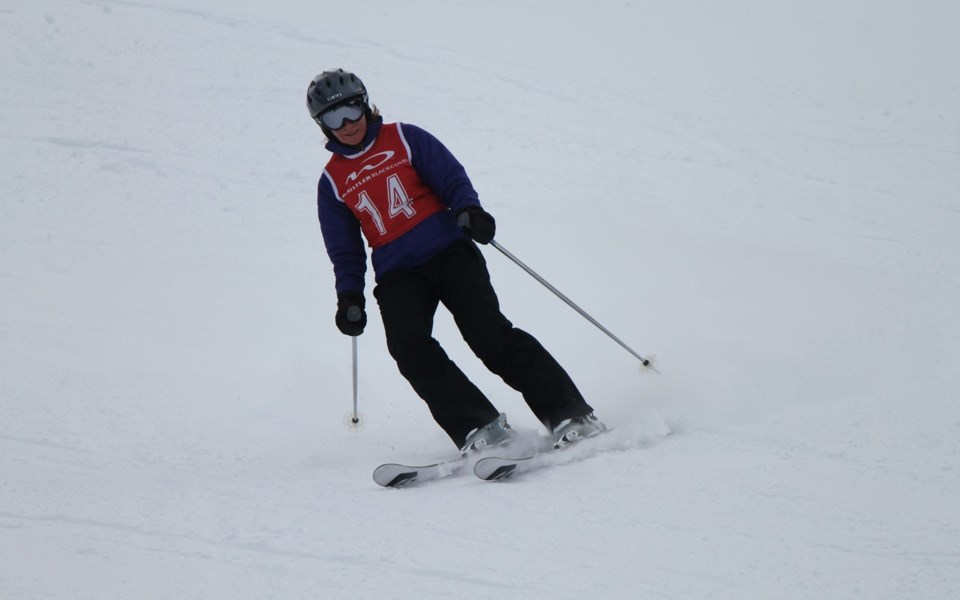 A Whistler tradition is back for its 34th year.

The Peak to Valley Race will run on Feb. 23 and 24 with its thigh-burning five-kilometre course consisting of 180 gates and a nearly 1.5-km drop.

Teams will each have four racers, with each competitor getting one shot at the course. Each team's oldest competitor will start on Friday, with the first skier heading down at 11 a.m.

Colleen Ikona Reach of the Whistler Blackcomb events department said the event has sold out for the third consecutive year and the events crew is preparing the traditional course for action.

"We're organizing all the equipment, fencing, gates and all the other timing details like that," she said.

Ikona Reach added the snow conditions on course are ideal for racing.

"It's very firm, especially with this cold weather," she said. "The course will hold up through all 160 racers each day."

Pemberton biker up for honour

Pemberton's Bree Thorlakson has been nominated for the 2018 Kazlaw Deserving Rider contest to earn a paid spot in the sold-out BC Bike Race.

The five other nominees are Johnny Shaw of Fernie, Dave Pearson of Revelstoke, Brent Strand of Revelstoke, Cheryl Beattie of Kamloops and Randy Pruden of Valemont.

Plethora of local athletes off to Winter Games

Whistler and Pemberton will have a number of young athletes to support when the B.C. Winter Games run in Kamloops from Feb. 22 to 25.

All team members are part of the Vancouver-Coastal squad and will line up against seven other units from all across the province. In all, over 1,700 athletes are set to compete in 19 sports during the four-day event.

Niki Remesz, the president of the 2018 Kamloops Winter Games, said the city is excited to see athletes get into action.

Jakob Jewett captured gold in the men's 12 to 14 event while Leif Gascoigne put up a fifth-place showing. Another winner came in the form of Olivia McNeill, who won the female 15 to 18 category, just ahead of second-place teammate Aoife Gannon while Mary Power took fourth.

Full results are available at www.freeskiers.org.