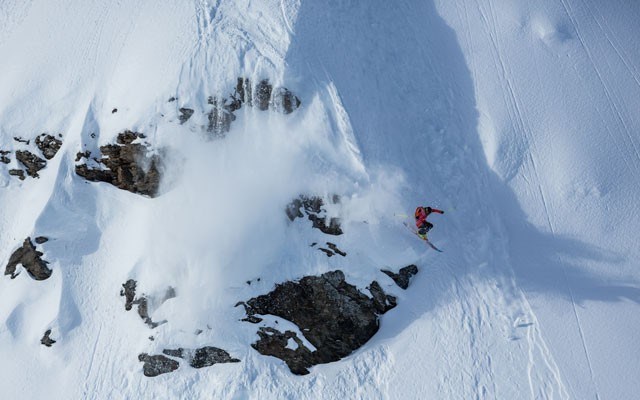 alaska at last Pemberton freeskier Logan Pehota competes at the Freeride World Tour stop in Haines Alaska on March 21. Pehota won the event, the fourth on the tour this season. photo by Jeremy Bernard/Freerideworldtour.com

After performing admirably, overall, in three Freeride World Tour events in Europe already this season, Logan Pehota was back on his turf.

Sure, Haines, Alaska, is more than a couple hops from his stomping grounds of Pemberton, but it was the most familiar terrain of the stops so far.

"Conditions were pretty ideal — good powder, not very much (for) variables, maybe a thin crust at the very bottom," he said. "Being in Alaska for this event was sick. It's the mecca of heli-skiing, really. To be able to compete on a face like that was crazy."

Pehota, a 21-year-old rookie on the tour, made the most of his return to North America, scoring his first-ever win on March 21 with a 90-point effort to defeat France's Loic Collomb-Patton by two points. American Drew Tabke was third with an 86.33 tally.

"It was a pretty good feeling, that's for sure. That's something I wanted to do, to win this stop and that's all I could think about the whole entire night before and the whole day," Pehota said. "It was pretty stressful, a stressful 24 hours there."

During visual inspection, Pehota was nearly salivating at what he saw as lines jumped out at him quickly. When diving into his run, he needed to control his pace early on, going onto one ski to slow himself down. He may have appeared to nearly take a tumble, though Pehota maintained it was all part of his approach.

"I looked at the face and saw the top part of my line, saw three solid airs in a row so I just wanted to link those up. I tossed a trick into the last cliff at the top — I think that definitely helped put me on top," he said. "The top section of my run, everything was so quick. It was really hard to stay composed and in control. I ditched speed before the next feature but when that happened, I may have looked loose, but I definitely was staying on my feet."

The win was a welcome one for Pehota, who was coming off the lowest result of his young career thus far, finishing 13th in Fieberbrunn, Austria. He acknowledged he didn't push himself as hard as he had in the previous two events, where he took no lower than fourth, and vowed never to take that laid-back an approach again.

"I didn't ski my best in Austria, that's for sure," he said. "I was kind of taking it easy there and then after getting that result I was like 'I'm not going to do that again.'

"I didn't do any tricks in Austria. I wanted to make it to the bottom again. I don't know. I didn't try to pick out the gnarliest line. I just skied the one everybody else did."

Heading into the final event in Verbier, Switzerland, Pehota trails Collomb-Patton by 400 points, meaning he'll need both a strong effort and an uncharacteristically shaky outing from the Frenchman to make a pass. While a win would be welcome, Pehota said he's not going to be too choked up if he doesn't pull it off this time around.

"It would be really nice to win the overall ranking, but I'd have to do pretty well because Loic, who's the current leader right now, has been skiing solid the whole entire time," he said. "But it's my first year. I don't have anything to prove. I've done well so far.

"I would definitely be excited, especially to win it in Verbier, take the title there at the final event."

Fellow Sea to Sky corridor skier Lauren Cameron didn't fare as well as Pehota. Her sixth-place finish kept her in the seventh-overall position as she missed the cut for Verbier.

In other freeride news, the next generation hit the slopes of Blackcomb Mountain as part of the GoPro Junior Freeski Challenge from March 18 to 20.

Whistler Freeride Club member Olivia McNeill topped the girls' 12 to 14 category, while Tasman Forster and Jakob Jewett were second and third in the boys' group.

Aoife Gannon, meanwhile, scored a second-place finish in the girls' 15 to 18 bracket, while Tom Peiffer placed third for the boys. Full results are available at www.whistlerblackcomb.com.