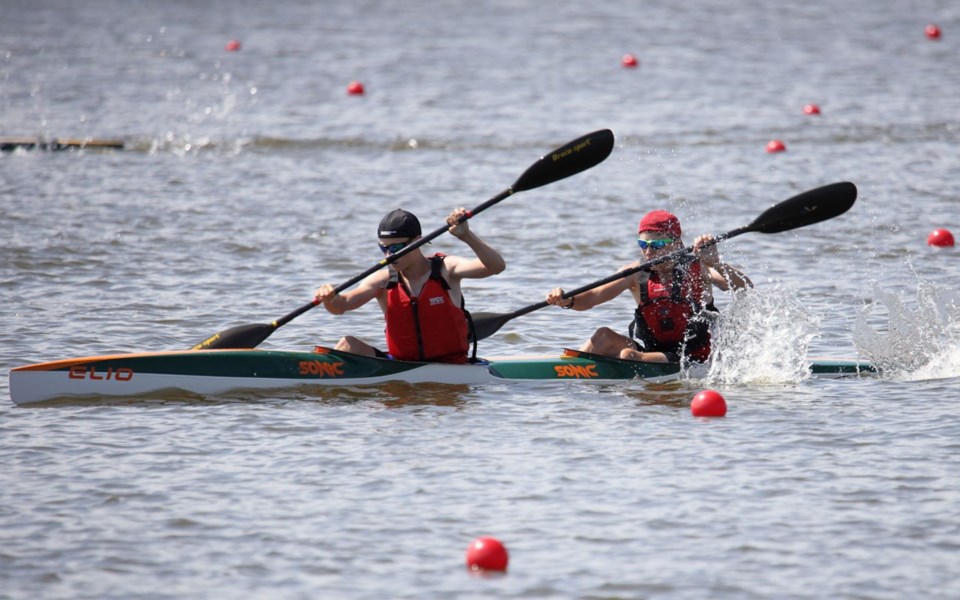 A pair of Pemberton paddlers has put up some excellent results in two recent competitions.

Over Canada Day weekend, Kieran Nott and Landon Drain competed at the East Sprint Canada Cup in Ottawa, where they teamed up to place third in the U16 1,000-metre final. In individual competition, Drain was ninth in the U16 1,000-m A final and Nott was fourth in the B final while in the U16 200-metre event, Drain took fourth in the B final and Nott was seventh. Drain also took third in the four-man 500-m event with three others.

The scene shifted to Regina this past weekend for the West Sprint Canada Cup where both racked up the medals. In the U16 1,000-m final Drain and Nott placed second and third, respectively, while they teamed up to win the U16 1,000-m final. As for the U16 200-m event, Drain earned the win while Nott took fifth, then Drain topped the 2,000-m event with Nott placing third.

While the competitive environments were comparable, with similar waterways, the pair agreed that the Ottawa races were tougher and their successes more meaningful.

"In general, Eastern Canada is a lot stronger and a lot more serious about flatwater paddling than Western Canada is," Drain said.

Drain said training camps in Florida and Quebec were beneficial to his training,

"That really helped with technique, strength, pushing myself a lot, because I had a lot more people to train with. There was a lot stronger competition because it's further east," he said.

Nott, however, didn't do a Florida training camp like Drain and his younger sister, so he was a little behind to start and struggled at provincial trials. However, after attending the Quebec training camp and rediscovering his stroke, he's feeling strong again.

"I had paddled for one week and then it was provincial trials," Nott said. "I had no idea what was going on. I had lost all my technique from last year. It helps a lot with a confidence boost."

Both Drain and Nott are heading to national trials in Kamloops later this month and, should they make the team, will attend nationals back in Regina in late August.