Questions ahead for Canada's Olympic program 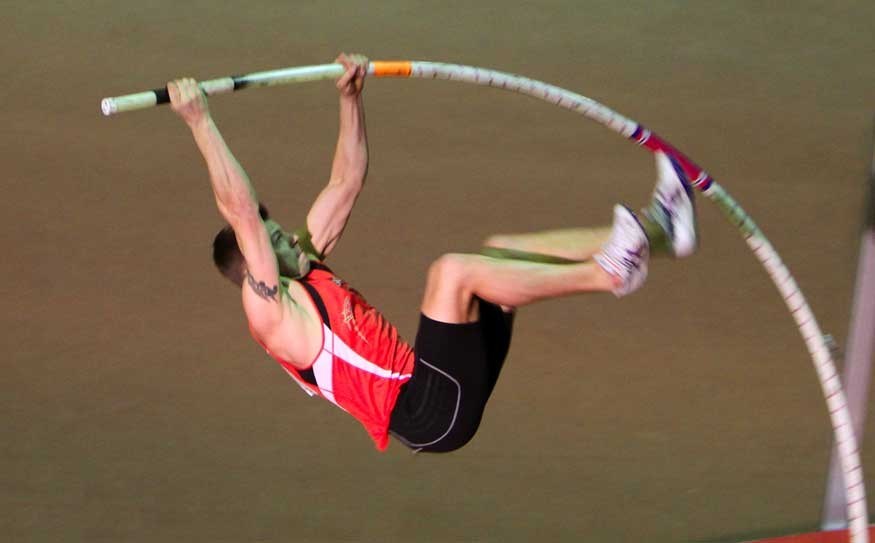 The London 2012 Games wrapped up on Sunday, Aug. 12 with the typical fanfare, a closing ceremony that highlighted Great Britain's incredible contributions to the world of music and culture while athletes celebrated in chevron-shaped wedges outlining the Union Jack. But while the Canadians earned the right to celebrate some incredible performances — the bronze medal performance of our women's soccer team among them — there was a sense that not everything went according to plan, either for some of our top medal prospects or as a whole for the team. Sometimes it seemed like Canada couldn't catch a break.

Team Canada earned 18 medals, the same number as Beijing. However, athletes earned just one gold medal this time — trampolinist Rosie MacLennan — compared to three just four years earlier. And that's after funding for summer sports was increased by $35 million a year — in which case it may have been a case of too little, too late with athletes only receiving full funding for a few years before London.

In terms of gold medals, 18th places Canada in a tie with 19 other countries, including Uganda, Grenada, Bahamas, Uzbekistan, Trinidad and Tobago, the Dominican Republic and others.

However, Canada did come into these Games with modest goals — a top 12 ranking in terms of total medals — where Canada placed 13th overall with a gold, five silver and 12 bronze.

But the numbers never do tell the whole story.

Our track cycling team secured just one bronze medal in the women's team pursuit, despite all the expectations for Tara Whitten and Zach Bell in the individual races.

Dylan Armstrong, who has had a few breakthrough performances in shotput recently, had to settle for fifth place after a shaky start to his day.

Giro d'Italia winner Ryder Hesjedal, outnumbered by teams with up to three athletes in the field, was not a factor in the road race or time trial. Clara Hughes came agonizingly close, fifth overall, in the women's time trial, just seconds short of cementing her status as Canada's greatest Olympian.

In mountain bike, world champion and World Cup champion Catharine Pendrel was pretty much out of the running after the first lap and had to settle for ninth.

Adam van Koeverden delivered a silver medal in one of his two races, but was among the favourites to win in two events.

Our synchronized swim team was once one of the best in the world, but finished off the podium this time around.

And then there was the weirdness.

Eric Lamaze, an equestrian gold medallist from Beijing, saw his medal hopes destroyed with the death of his horse. Other members of the team crashed in various equestrian events, including three different incidents in one day.

Our men's 4x100 relay team looked to have won a bronze medal before a video review determined that one of the runners stepped on the inside line, disqualifying the team. Canada tried to argue that the rule was only there to prevent an athlete from gaining an advantage by crossing over into a faster lane — the rule used to be three steps before it was changed to one — but the officials upheld the decision and let Canada know they'd been bumped with all the grace of a message on the big screen.

In trampoline, Canada may have won two medals but somehow falling is only a 0.6 point deduction, allowing a Chinese athlete to place ahead of 2008 silver medallist Karen Cockburn in the finals.

The refereeing in the Canada-U.S. semi-final soccer game was puzzling, to put it mildly, with the ref awarding a free kick after the goalie held the ball too long; a seldom-called infraction that usually results in a warning, then a yellow card. That free kick bounced off a player into the hand of another Canadian in the crease, resulting in a penalty kick about five yards out that let the U.S. tie the game with 12 minutes remaining. That cost Canada a chance at a gold or a silver, although the team rallied to beat France 1-0 in the small final to claim the bronze.

That's not to say that Canada did poorly. It could be years before the Own the Podium program has the same kind of effect on summer athletes as it did for winter athletes at the 2010 Games, where Canada earned 14 gold medals — the most of any nation in the history of the Winter Games.

This time, however, Great Britain had money on its side — over 500 million British pounds through 2008 and 2012, which is the equivalent to about $775 million Canadian dollars at current exchange rates. Including funding from 2000 and 2004, the number is close to a billion dollars.

That's a lot more than the $70 million a year we only recently started to spend on athletes through Own The Podium, which is more or less equally spent between summer and winter sports — and Great Britain focuses less on winter sports than we do.

But while Canada spends federal dollars on its athletes — $106 million in total over three years for our summer athletes — Great Britain made athletes the recipient of the national lottery after their disappointing Games in Atlanta in 1996. That accounted for about 60 per cent of the money, while taxpayers paid the other 40 per cent.

Canada is also open to funding any sport where athletes want to compete and meet the national criteria for performance. Some countries with more limited resources, however, focus on a handful of events with greater success.

Jamaica, a tiny nation of two million, finished with 12 medals, four of them gold, with every medal in the athletics events — and especially the speed events. Usain Bolt, the fastest runner of all time, accounted for three of their gold medals.

The U.S. is also an example of how it pays to specialize. In swimming, where there are 102 medals up for grabs, they drew on a strong collegiate and scholarship system to win 31 of their 104 medals. By comparison, Canada had an unexpectedly good showing in the water this year with three medals.

In fact, the U.S. system of giving scholarships for athletes has proven to be a huge asset for most sports, and is probably the single biggest reason — bigger than wealth or population — why they always rank among the top nations in sport.

China racked up 10 medals in diving, 10 in swimming, eight in gymnastics and eight in badminton towards their final tally of 88.

Russia earned 18 medals in athletics, 11 in wrestling, eight in gymnastics and five in judo towards their total of 82.

Canada's commitment to funding sports and athletes is long-term, and we should start to see some of the benefits of that funding in 2016 — unless the public and government decides there are better places to put the money, but given the wave of patriotism after 2010 and the focus on national fitness for preventative healthcare, that money is more or less assured. For now.

The real question is whether it's enough, or whether we will continue to be outspent and, with a lack of scholarship opportunities in sport, out-trained.