Ravenna eager for season's second half 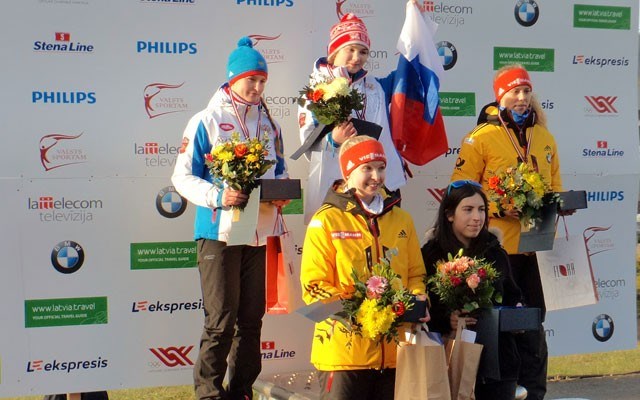 Youth luger Veronica Ravenna had a strong beginning to 2015-16.

She's looking to keep it up with a pair of races to go on the official FIL youth 'A' calendar. The Junior World Championships and the Youth Olympic Games will follow.

The Whistler resident, who is a dual citizen and represents Argentina in competition, sits 18th overall in the standings with a season-high finish of fifth in Sigulda, Latvia in the season's second race. She's actually slightly behind last year's pace, where she placed 15th overall, though a stop in Oberhof, Germany is still on the docket. Ravenna was sixth there last year.

Reached by email in Europe, where she is preparing for this weekend's event in Altenberg, Germany, Ravenna touched on the first four events of the season and what she'd like to accomplish before it culminates in Lillehammer, Norway with the Youth Olympic Games in February.

With new experience after new experience being presented to Ravenna this season, there have been some struggles, particularly in Konigssee, Germany where she did not finish the race and suffered her first-ever competition crash, but she's been pleased overall.

"This year has definitely had its ups and downs since I went to a lot of new tracks, so it was mainly getting used to the track and improving my starts," she noted.

One of the tracks that seems to give many sliders trouble is the Latvian one, where she notched the best result of the season and second best of her young career. Ravenna pointed out that similarities to the Whistler track and the one in Sigulda helped her adapt a little more quickly.

"I actually found Sigulda to be quite easy once you get the hang of it and my coaches helped me a lot. I am much better at technical tracks since I grew up in Whistler one of the most technical tracks. Having a race in Sigulda also made it more fair since most countries don't go train in Latvia every year," she explained.

She is looking to make the top six in at least one of the remaining FIL races and place in the top 10 at the Youth Olympic Games.

After beginning her career competing at for British Columbia, Ravenna has represented Argentina since last season, when a broken collarbone forced her to miss the Canadian qualifiers and, subsequently, the first half of the season. Her father, Jorge, helped to make arrangements with the Argentinean federation to get her wearing their colours for the remainder of the year and, as it turns out, going forward with her career.