Ravenna to represent Argentina at Olympics 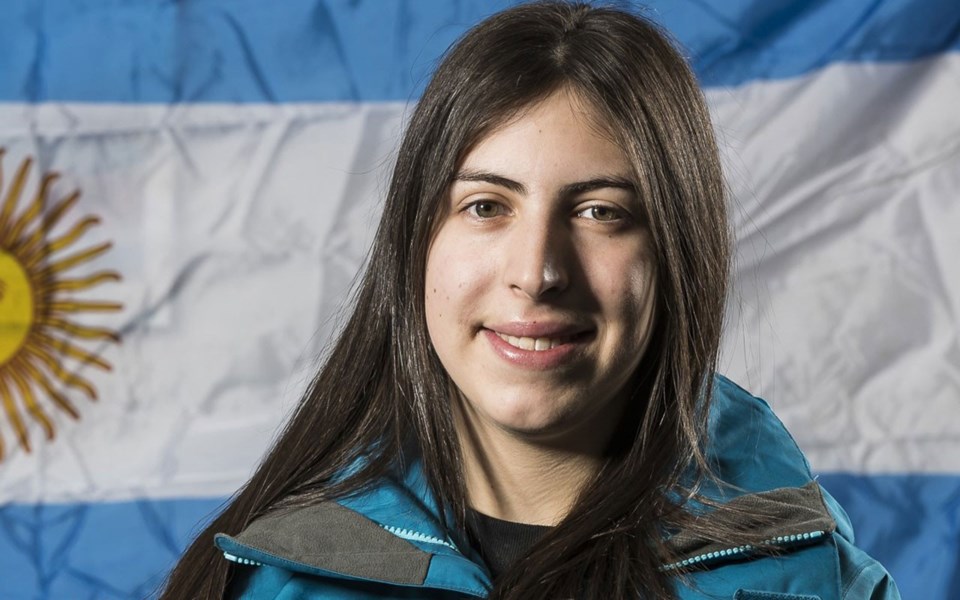 Given our resort's mix of cultures, this probably won't come as a surprise.

If you're looking to cheer on Whistler at every opportunity in the upcoming Winter Olympic Games, it's not always necessarily going to involve cheering for a Canadian.

Whistler's Veronica Ravenna will hit the ice with Argentinian colours after recently being added to the South American country's small contingent of athletes.

"I still can't believe it. It still hasn't sunk in yet," Ravenna said. "It was definitely a crazy start of the season but it's super great news.

"I had already dismissed it, (I thought) that I wasn't going since I hadn't had the best first half of the season."

Ravenna started the season on the FIL World Cup circuit, but was unable to qualify for any races during the Nation Cup qualifier. However, midway through the year, the 19-year-old returned to the junior ranks where she's been happier with her results, taking a 19th in Igls, Austria and a 20th in Winterberg, Germany.

The benefit of moving back to the junior team has been a reunion with her previous coach, which has helped her feel more comfortable on race day.

"My coach is amazing with the sleds and (provides) what I need. It's a better environment for me," she said, noting the coach will join her for the Olympics.

That said, Ravenna took some tips from her time with the senior team, highlighting specifically the ability to fix little problems with her sliding that she couldn't in previous years.

"I think I'm much better for it now," she said.

Admittedly, Ravenna knows she's a long shot to make significant noise at the Games, but hopes to be proud of her sliding when the Olympics wrap up.

"I know I'll be going against people who win World Cups and they're Olympic champions on their third and fourth Olympics," she said. "Four race runs that I can be happy with is my goal."

Other athletes with Whistler connections who will suit up for other nations include moguls skiers Daichi Hara of Japan and Jae-Woo Choi of South Korea as well as Arabella Ng, who will be Hong Kong's lone representative.

Being just one of six Argentine athletes going, it's a special feeling for Ravenna to reconnect with her country of birth.

"It's amazing how much extra support there is. I'll get messages from random people and from people who probably don't even know what the sport is. They still write me and are encouraging," she said.

Meanwhile, the FIL World Cup wrapped up in Sigulda, Latvia on the weekend.

On the women's side, Alex Gough was the top Canadian in ninth while Kim McRae was in 11th. The podium featured winner Tatyana Ivanova of Russia, who edged out Germany's Natalie Geisenberger and Italy's Sandra Robatscher. Geisenberger still held on for the Crystal Globe over fellow German Dajana Eitberger and American Summer Britcher. Gough was fourth.

As for the doubles, Canadians Tristan Walker and Justin Snith placed 12th, with Germany's Toni Eggert and Sascha Benecken scoring the win. Latvia's Andris Sics and Juris Sics were second and Germany's Tobias Arit and Tobias Wendl were third. In the overall, Eggert and Benecken scored the title over the Arit-Wendl team and Austria's Peter Penz and Georg Fischler.