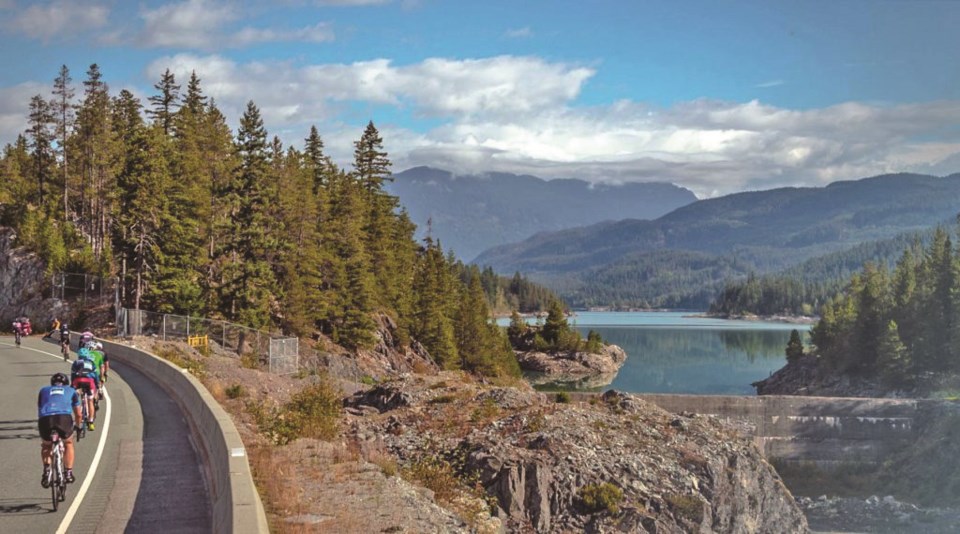 Nearly one year after making the call to cancel the 2020 RBC GranFondo Whistler amidst the onslaught of the COVID-19 pandemic, organizers have had to make the same decision once again.

Event directors announced Thursday, April 15 that the ride would not take place in 2021.

“It’s devastating news, as you can imagine, for cyclists that love to have that date on their calendar; that inspiration and that goal to train for,” said race founder and GranFondo Canada president Neil McKinnon, adding, “It’s another year of disappointment from my team’s perspective, although we’re still trying to be very busy and be thoughtful on what we can bring to the table next year.

“We provide opportunities and excitement, and to deliver bad news is not what we’re accustomed to.”

While roughly 5,000 riders made the trek up the Sea to Sky from Vancouver as part of the last GranFondo Whistler, held in 2019, McKinnon said 2020 was on track for “a tremendous growth-spurt,” with registration up 37 per cent year over year.

Taking that into account, coupled with the boom in bike sales that British Columbia has experienced since the pandemic began, organizers are hopeful that there will be even more enthusiasm for the event heading into 2022, McKinnon said.

But for now, even a scaled-down version of the mass event wouldn’t be possible logistically, he added.

“It’s a very expensive proposition to create a designated cycling lane from Vancouver to Whistler—122 kilometres, 10,000 pylons, literally hundreds of traffic control people, police, medical services also—it’s not a cheap proposition,” McKinnon said. “Even if we were able to do it for say, 50 to 500 people, which probably would have been the best case scenario under the current circumstances, it’s just not feasible from a financial perspective.”

Instead, those who were registered to ride in the 2020 GranFondo will see their registration roll over to their choice of the 2022 or 2023 event. For those who were not registered for the 2020 ride, the next “physical” RBC GranFondo Whistler is scheduled to take place on Sept. 10, 2022. Organizers expect to open registration for that event “when appropriate later this year.”

But of greater importance than protecting the event financially is working alongside communities to get the pandemic under control, McKinnon said.

“All the indicators are going the wrong way. We have vaccines, which is very positive, but … we’re into our second year of COVID, and the numbers are going up as opposed to going down.”

In attempt to fill the void left by the 2020 event’s cancellation, GranFondo organizers last year opted to offer its Fondo Clinics by Trek free of charge online, waiving its usual $275 fee. With racing similarly not on the table this year, McKinnon said cyclists should keep an eye out for exciting announcements coming down the pipe in the coming weeks.

“We’re working on things to engage the community, stay relevant and keep people focused on the goal of 2022 riding the Sea to Sky highway from Vancouver to Whistler, and we have some surprises up our sleeves,” he said.

“We’re working on some fun stuff.”