The Canadian Freestyle Ski Team is off to a great start this year with six medals in moguls and five in the freeski disciplines of halfpipe and slopestyle at the World Cup level.
Jan 9, 2013 8:00 PM By: Andrew Mitchell 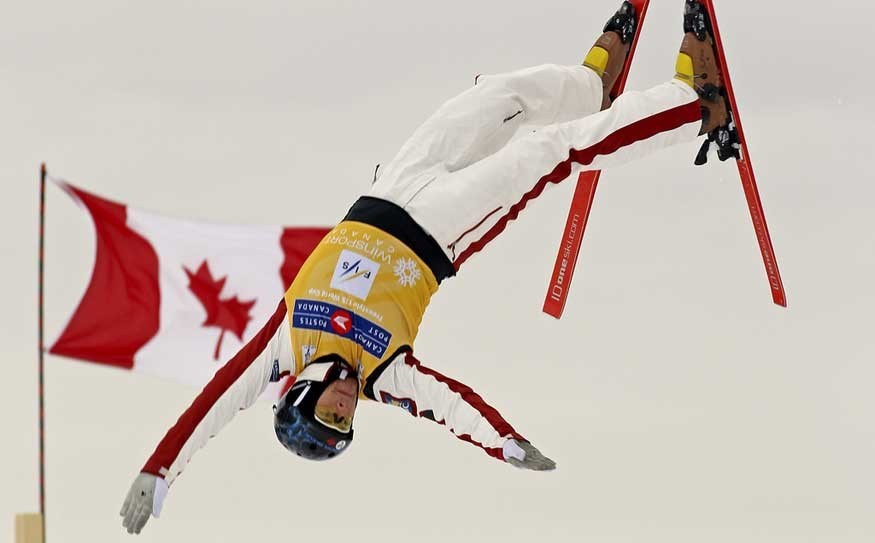 The Canadian Freestyle Ski Team is off to a great start this year with six medals in moguls and five in the freeski disciplines of halfpipe and slopestyle at the World Cup level. However, the aerials team didn't get a chance to add to the tally until this past Saturday, with the opener taking place at Changchun, China.

China has made a huge investment in aerials and it showed, with athletes Zyongyang Jia and Guangpu Qi finishing first and second with scores of 128.51 and 128.05. Canada's Olivier Rochon, the overall World Cup points leader last season, rounded out the podium with a much lower score of 84.75.

Only the top four jumpers qualify for the super final, and have to perform a different jump. Rochon had already used his top trick — a quadruple twisting triple backflip and a full-double-full — to place first in the finals. That left him with a triple-twisting backflip for his last trick, a trick with a much lower potential score than the Chinese jumpers' last tricks.

"This competition was really an extension of our training camp because we didn't really get to finish the camp because of the bad weather," he said. "So I didn't have a chance to get up to my full (degree of difficulty). I did make a small mistake on my last jump, but I knew that even if I hadn't, it couldn't have scored high enough to give me a win, so I'm really happy with the result, it's the best I could have hoped for."

The fourth place jumper in the superfinal was China's Zhongqing Liu.

While Rochon appears to be in the same form as last year, the best surprise for Canada was the performance of a pair of up and coming athletes, with Travis Gerrits in ninth and Jean-Christophe Andre in 10th out of 22 jumpers.

On the women's side, China's Megtao Xu, Nina Li and Fanyu Kong were first, third and fourth, with Lydia Lassila of Australia picking up the silver medal. The only Canadian in the contest was Sabrina Guerin in 12th.