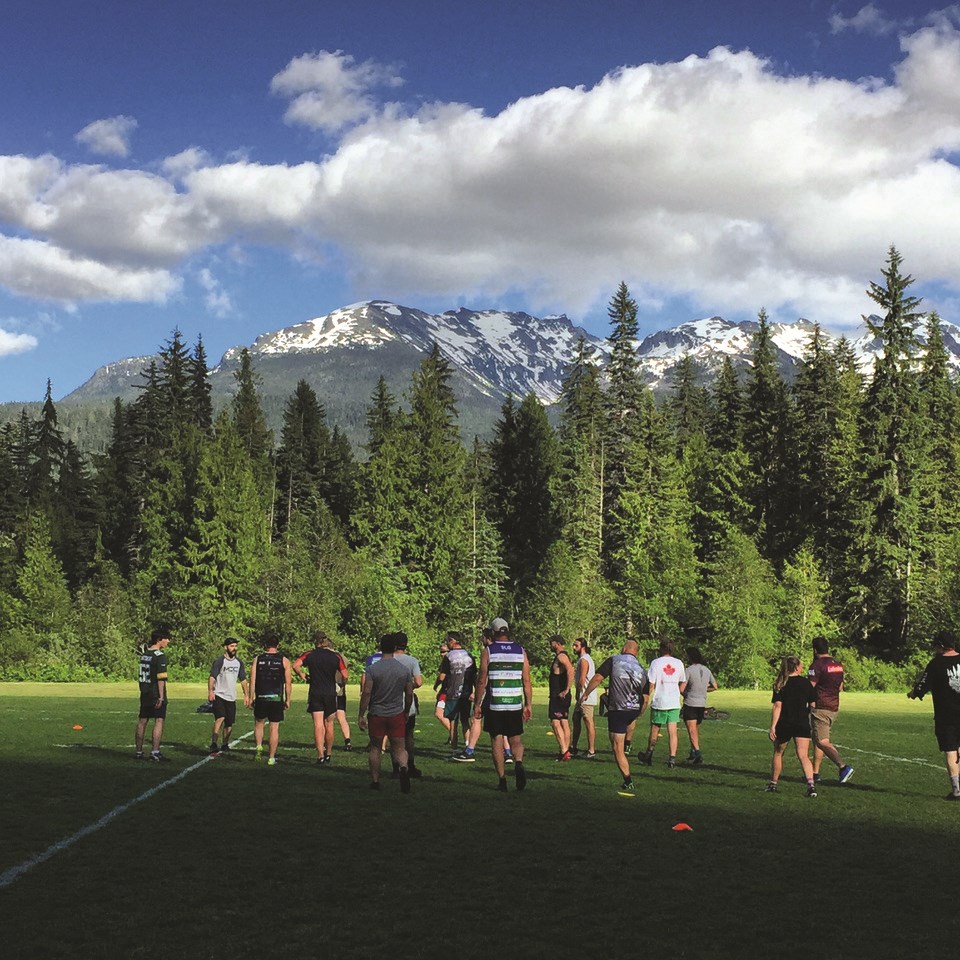 The Whistler Wolves Rugby club are ready to get their season underway this weekend.Cassidy Schaerf

The Whistler Wolves officially kicked off their season with the team’s first competitive warm-up games happening over the weekend at a tournament in Burnaby.

According to team president Blake Stewart, the Wolves had only one loss in the round robin before going all the way to the finals. However, because it was just an exhibition tournament and both teams had some injuries, the two squads decided to forego the final game and let their players rest up before the season gets underway.

The Wolves’ Rugby League British Columbia (RLBC) season officially kicks off on Saturday, July 17, with a match against the Vancouver Dragons. These mark their first games in over a year after last season was cancelled due to the COVID-19 pandemic.

The team will also be hosting two games in Whistler on Aug. 7 and 21, both to be held at Whistler Secondary School.

According to Stewart, the Wolves are always looking for more players and have space for everyone, regardless of skill level. Training happens every Wednesday night at 6 p.m. also at Whistler Secondary.

While the Axemen’s season doesn’t start up until October, they are running weekly training sessions every Thursday at 6:30 p.m. at Howe Sound Secondary School, as well as weekly drop-in and touch rugby games every Tuesday at the same time and location.

They also have car pools set up for anyone who would like a ride to Squamish to play.

The club will be running some intro-to-rugby sessions for Sea to Sky youth in Whistler and at the Squamish Nation Youth Centre this summer.

For more information on how to get involved, you can contact the club via Facebook or through email at axemenrugbyclub@gmail.com.