Running Whistler a trail at a time 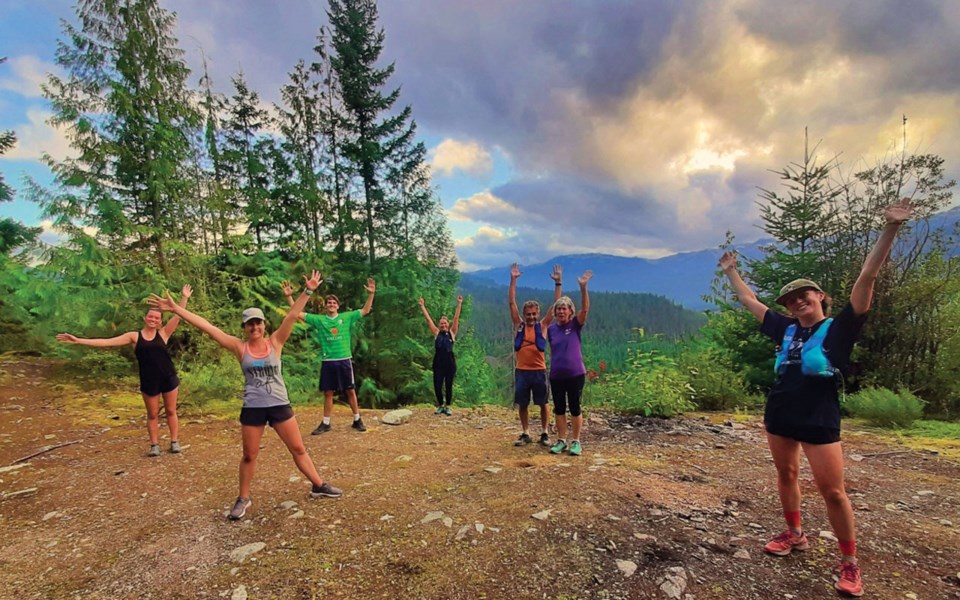 ALL COVERED We Run Whistler is working on traversing all trails—except for double blacks—as part of a new autumn challenge. Photo by Jim Budge

Even in the midst of the COVID-19 pandemic, We Run Whistler is hoping to help inspire people to keep running.

The local group’s latest initiative is for runners to traverse all of Whistler’s trails, said co-founder Lou O’Brien, who also works in Pique’s production department.

Earlier this year, the group held a successful fundraiser for the Whistler Off-Road Cycling Association, selling T-shirts with the message of “Trails For All.” The shirts sold out in a flash, which helped spark the current idea.

“We knew there was a lot of support for our trails and a lot of love for our trails,” O’Brien said. “We were trying to come up with ways to keep our running community motivated while obviously, there are no races to focus on.”

Ultimately the idea of running all the hiking, biking and running trails listed on Trailforks came about, save for the double blacks.

“We thought they’d be too dangerous for bikers if they run into runners on them, and also, for runners, they’re not very fun to run anyway,” O’Brien said.

Roughly 40 runners have worked to cover more than 100 trails so far.

“We had about 30 trails run on the first week alone. It’s slowed a little bit since then, but people have been ticking them off all over the place,” O’Brien said.

While O’Brien anticipated accessible trails such as those around Lost Lake would be among the first crossed off, participants have taken the challenge to heart and sought out routes that they’ve never done, or even knew existed, before.

At the current pace, the challenge will be completed before the 10 weeks the group carved out for it elapses.

Each week, a runner who completes a new trail receives an entry for a Lululemon gift card.

Those looking to follow along can pop into the Lululemon location, which features a map designed by local artist Kate Zessel. The map is updated weekly, so if two runners complete and tick off the same trail in a week, both receive an entry.

“Once a trail is run, it’s marked off on the board,” O’Brien said. “You won’t get any credit for running it again or running it after someone else does.”

As well, those who take part in the weekly We Run Whistler runs on Tuesday evenings receive an entry.

British Columbia’s top pros are set to hit up Nicklaus North Golf Course on Sept. 21 and 22.

The PGA of BC is bringing the Srixon/Cleveland Golf/XXIO PGA of BC Club Professional Championship to town, with play starting at 9 a.m. both days.

O’Rourke and Kristmanson will both enter play with a boost, as both were named as regional winners and provincial finalists for the organization’s annual awards.

Provincial recipients will be announced virtually on Oct. 14.