Samurai puts riders to the test

Race longer, harder than last year Feeling that fewer people should have finished the first Samurai of Singletrack last year, organizers Tony Horn and Ru Mehta made this year’s ride longer and more technical, throwing in a few brutal climbs for
Sep 19, 2002 9:00 PM By: Andrew Mitchell 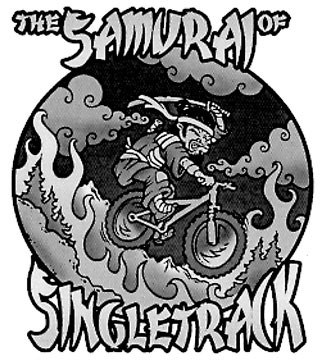 Feeling that fewer people should have finished the first Samurai of Singletrack last year, organizers Tony Horn and Ru Mehta made this year’s ride longer and more technical, throwing in a few brutal climbs for good measure.

Once again an overwhelming majority of mountain bikers still managed to finish the race, something Horn credited to the calibre of riders rather than the ease of the race.

"It shows how high the quality of riders is in Whistler," said Horn. "That race was tough. People who race and do marathons were telling me that it was one of the hardest things they’ve ever done."

All told, 97 out of 102 riders finished the Samurai this year. It was only supposed to be open to 100 riders, but a couple of the volunteers completed the circuit as well.

A lot of crashes were reported, but there were no serious injuries. At least four of the riders broke their bikes seriously enough that they had to get rides into the village to buy parts and have repairs done before getting back on course.

For the most part, Horn says he was complimented on his choice of course this year, although some riders commented that the end dragged on a little too long.

"A lot of people were hurting pretty bad on the last bit though Emerald Forest, of all places. People wanted to be done so badly, and it was a huge, long lap of the trails in there," Horn said.

The course included 19 local bike trails and was 55.5 kilometres in length. It started at 10:a.m. at the Roundhouse Lodge on Whistler Mountain, and finished at the gravel pit at the bottom or Lorimer Road. Before the race, however, the riders held a memorial for Al Grey, a popular local rider who passed away last winter due to complications resulting from his battle with colitis.

While all of the sections were difficult in their own way, the 27 switchbacks up L’Alpe D’Huez and the rock scramble down Binty’s was widely condemned as the cruelest section of the course, although Horn said his own personal darkest moment came on Industrial Disease.

"I was riding all alone, and I was seriously getting tired and shaky out there. I was losing it. I was sure I was gong to fall off the side somewhere and just disappear," he said.

Horn got through that rough patch and managed to finish his ride in 7 hours and 4 minutes. Mehta came in just over eight hours.

The top male rider this year was Lucas Curran, who finished the ride in 4:22:37. He was followed closely by national team rider and national espoir champion Ricky Federau of Abbotsford in 4:28:59. Will Routley, another national team rider, was third in 4:39:35.

Routley signed up Federau for the race, promising him a challenging and fun day.

"It was unbelievable," said Routley. "It was probably one the hardest days I’ve ever spent on my bike, if not the hardest.

"After the switchbacks at the end, I was spent. I could barely hold onto the bars, and it felt like every muscle in my body was cramping. I was on and off my bike the whole ride down.

"Still, it was one of the best events of the year. The support was great, and the dinner, it was so much fun."

For his part, Federau had only ridden a few of the trails on the course in the past and said he was blown away by Khyber Pass and Babylon By Bike.

"When I’m training, I don’t usually do all that technical stuff, maybe one trail a week. Khyber was really tough, and I was running quite a bit," he said. "it didn’t help that by the end of the day your hands and your arms are wasted from all the descents."

Federau is already planning to be back next year, but with a slightly different set-up – like a handful of other cross-country racers in the Samurai, he went with smaller tires and conventional brakes.

"Just having disc brakes would help a lot for those descents," he said. "My hands were killing from pulling on the brakes all day, and there were a few close calls. I had a ton of crashes, I was just flying all over the place, but nothing was serious."

At the end of the race, special awards were handed out to a number of riders for their efforts.

The award for Best Navigator went to Eric Crowe, who apparently has a reputation for getting lost – this time he stayed on course.

His son, James "Crunch" Crowe, was recognized as the only junior rider in the race, at the age of 16, and for finishing just 15 seconds ahead of his father.

Rick Reid was recognized as the most senior rider at the age of 51.

The ‘Most Honourable’ award went to Ned Johnson who was frequently spotted helping people with their on-course breakdowns.

The award for the keanest rider went to Chris Hammons for his positive attitude and for encouraging other riders to keep on going.

The award for the strongest rider went to Adam Autio, who somehow managed to ride a 40-plus pound downhill bike up the switchbacks with just two dabs.

The Most Extreme rider was Jamie Addario. According to Horn, she was "super aggressive and aggro" on Khyber and Babylon trails, riding sections that a lot of other people were walking.

The King of the Mountain award for best ride went to Kevin Phelps, who finished fourth overall, and rode strongly all day. Ian Ritz and Jamie Fournier were the runners-up in this category, clearing a lot of difficult sections.

The last three competitors were also recognized for their perseverance. Rachelle Johnson, Lynda Cowan and Kathryn Shepherd finished the race in 9:27, with an average speed of less than 6 km per hour on the day.

The volunteers also received a huge thanks from the organizers and riders for making the event possible. The Evolution-sponsored barbecue on lower Danimal was hailed as a life saver, and the checkpoint on West Side road fed, watered, stretched and entertained a lot of sore riders.

Horn is already accepting entries for the 2003 Samurai of Singletrack ride. Whoever designs the best route will get a free entry to the race.

"It could end up getting even harder, I don’t know," said Horn. "I don’t think it’s going to stop anybody."