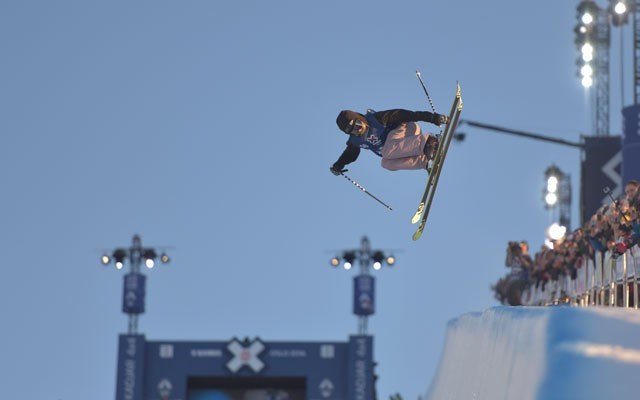 CASE OF THE X Cassie Sharpe flew high in the superpipe to capture gold at the X Games in Oslo on Feb. 28. Photo by Tristan Chu/ESPN Images

Cassie Sharpe's first X Games experience wasn't quite what she hoped it would be.

In her debut in Aspen at the end of January, the 23-year-old acknowledged that nerves got to her and she ultimately finished fourth in the superpipe.

Given a second chance in Oslo on Feb. 28, Sharpe embraced it, stomping three consecutive runs to ultimately secure gold with a final score of 88.33. However, she was so strong that even her lowest-scoring run, at 86.00, still would have bested runner-up and four-time champion Maddie Bowman. Bowman scored an 85.33 and third-place finisher Ayana Onozuka notched an 83.66.

"I was stoked, coming off of a fourth-place at the X Games in Aspen, it was kind of a bitter spot," she said. "I wanted to step it up and do everything perfect, or as perfect as I could. It felt good. It was a really fun contest."

Roughly four weeks after her first experience with the marquee ESPN event, Sharpe managed to calm her nerves and find the mindset she needed in the Norwegian capital. It helped that her brother, snowboarder Darcy, was in the competition as well.

"For me, it was very different because Aspen was my first X Games. I was so stressed out, so nervous about it and I think that had a lot to do with my performance there," she said. "(In) Oslo, I was able to chill out a bit and really take in what was happening around me. I got to go see Darcy compete in the big air the night before my contest, which was a lot of fun.

"I don't get to see him compete a lot throughout the season because we have kind of a different schedule, but to see him come down the corral and give me a hug and say 'What up?' it's a nice experience to have him around, have breakfast with him and chat with him."

Heading into the second X Games, Sharpe looked to tweak her tricks and get her existing efforts to be the best they could be.

"I really focused on boosting my airs and trying to get as much amplitude as I could, as well as grabbing every single trick that I have with the exception of my cork (900). That's still a bit of a new trick to me and still a little difficult every once in awhile to even figure out where I am," she said. "But boosting my tricks and grabbing my tricks was what really set me apart."

Sharpe explained that even though the cork 900 is a more recent addition, it's starting to come along and knock the socks off those who were handing out the scores.

"I did my cork 9 the biggest that I've done it all year and I was starting to know where I am in that one so I threw the iron cross in there which eventually leads me to grabbing blunts on my tail which really helped me move forward with that trick, move forward and score with the judges," she said.

Pulling off not just the best run of the day, but the three best, was a huge boon for Sharpe, especially considering the 2014 Winter Olympic gold medallist Bowman and current FIS Crystal Globe leader Onozuka were the two hot on her tail.

"I'm honoured that the judges thought that every run of mine was the best of the day," she said. "That obviously is a bit of a confidence booster but it still keeps me humble and makes me want to keep pushing and doing everything I can do to keep excelling in the sport, excelling with the girls and progressing."

Reached in Amsterdam, Sharpe said she and fellow Canadians Kris Atkinson and Noah Bowman were taking a short holiday before jetting off to Tignes, France for the final World Cup event of the season on March 10. She will look to finish the season on a high, as she has 40 points and sits 15th overall in the standings.

"We're just hanging out for the next week before we head out for the last World Cup," she said. "It takes some of the pressure off."