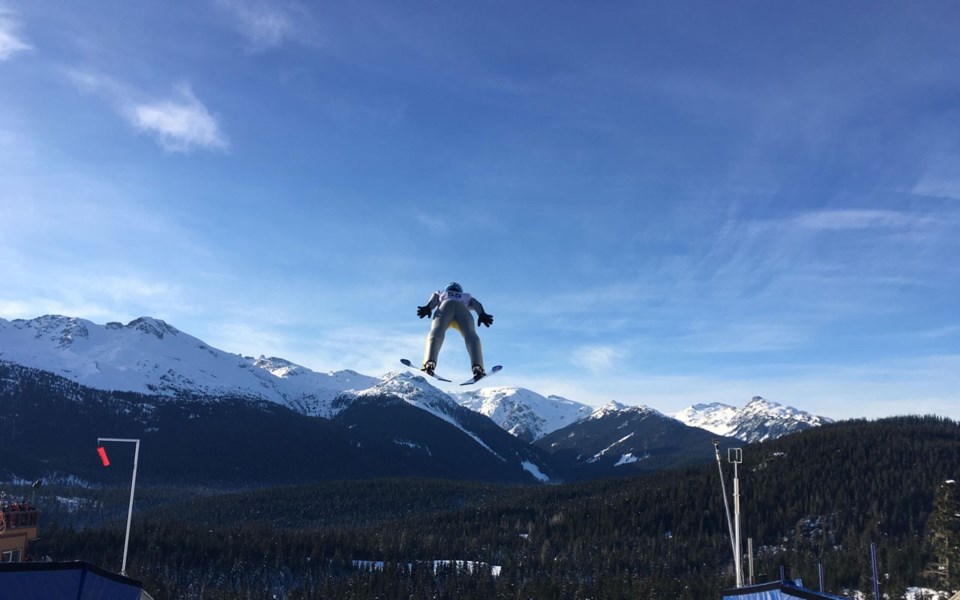 The 16-year-old ski jumper won a pair of FIS Cup events there on Dec. 7 and 8, finishing well ahead of the field.

"I was more confident on the hill than some of the other girls," she said. "I was using a little more power and that was getting me down the hill."

Strate said the weather was mostly favourable on both days of FIS Cup action, helping to create equitable conditions.

"We had nice conditions and the natural snow was perfect," she said. "It was fortunate that we had very good weather conditions, there wasn't any snow or rain or anything.

"We had pretty similar conditions (both days). We had tailwind the whole weekend, which wasn't great, but at least it was consistent."

The victories were a welcome rebound for Strate, who was coming off a disappointing result at her fourth career World Cup competition in Norway the week before. With a little less pressure, she found her groove and excelled on a more familiar jump, which she hopes helps her as she heads to Germany to continue her season.

"I was just taking it easy and trying to figure out my jumping. I wasn't going to do anything crazy. I was trying to keep it simple and use it as a training opportunity," she said.

The Canadian men had a tougher time against the international competition, as much larger fields turned up for the FIS Cup and Continental Cup doubleheader.

In the second FIS Cup, Dezman rose a spot for the win, over Germans martin Hamann and Andreas Wank. Soukup was again the top Canadian in 43rd.

The level of competition rose in the following two days with the Continental Cup running on Dec. 9 and 10. In the first event, Poland's Tomasz Pilch edged Austria's Philipp Aschenwald and Norway's Marius Lindvik. Soukup's 47th was the top Canadian showing.

In the second event, Germany's Wank topped the podium alongside France's Jonathan Learoyd and Slovakia's Ziga Jelar. This time, Josh Maurer was the best Canadian in 52nd.

Strate was thrilled to see so many competitors attend the event.

"For so many people to come to Canada to compete at that level is pretty cool to see," she said.