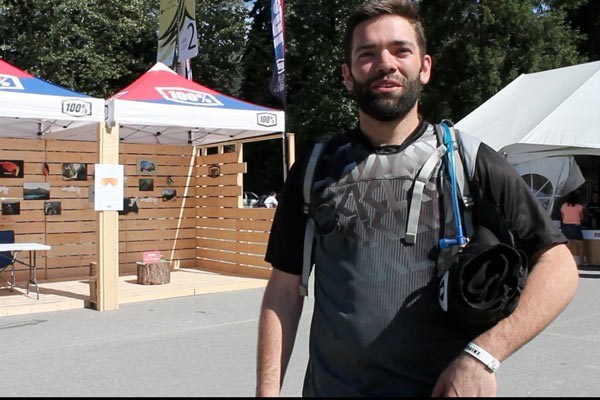 THINKING IS IN ThinkBike, formerly Outerbike, is set to debut this weekend. File photo

Outerbike is out and in its place comes ThinkBike.

The grand mountain biking expo, Outerbike was run by Western Spirit Cycling out of Moab, Utah alongside local organizer Grant Lamont. When Western Spirit decided to pull out of Canada, Lamont said they gave him the go-ahead to create something similar — the first-ever ThinkBike will run from June 1 to 4.

"They (Western Spirit) didn't want to do it anymore because they weren't making a lot of money doing it up here," explained Lamont.

"I said I was still interested in hosting the event and trying to do something with it. They said 'Yep, take it over, rebrand it.'

"I've been trying to build it back up, get the relationships all nice and solid with the manufacturers and get as many as I could here to fulfill some of the demo needs that we have.

"We've got a good crop of suppliers."

Lamont's company, Whistler Bike Guide, and Arbutus Routes, are teaming up to provide the tour leadership over the course of the event. Both are on the same page regarding the event, as Lamont hopes to expand the appeal beyond gearheads.

"I wanted to change it over from being just a bike-tech-centric atmosphere, which I found that the other bike thing was — everybody just wanted to test as many bikes as they possibly could.

"We're going to go ride some of the best trails in Whistler for about an hour and a half to two hours... You can see if you like the bike."

Lamont noted that at Outerbike, people were changing out their rides in a fast and furious fashion, with many attendees seeking to ride 25 to 30 bikes in a weekend while looking at intricate differences between them.

Lamont expects to have roughly the same number of manufacturers as 2016, including a strong regional showing.

"We've been really happy to have a lot of strong local brands out like Knolly, Rocky Mountain and Norco," he said.

Lamont is also excited about getting Evolve Bikes on-board, as the Vancouver company offers custom bikes. Eventually, the goal is to have all major manufacturers come to the expo within the next five years.

While the Outerbike name, being a continental mainstay, drew people in from further afield, Lamont said the expected 200 to 250 riders from a radius closer to Whistler will help support the exhibitors just fine.

"Last year, there was a big marketing push right across the U.S., and this year, we're doing more of a regional push with it," said Lamont. "We're the bread and butter of people who are a four- or five-hour drive from Whistler, so that's where we're concentrating.

"We have incredible guides and they're going to show people around the valley here, which is really what we want to highlight. We want to take people on nice rides and trails that we're proud of. We highlight the effort and the evolution of the trails in Whistler."

In addition to the guided rides, a number of presenters are also on tap, including Vancouver manufacturer Paul Brodie, who will speak on Friday, June 2 at the Whistler Museum.