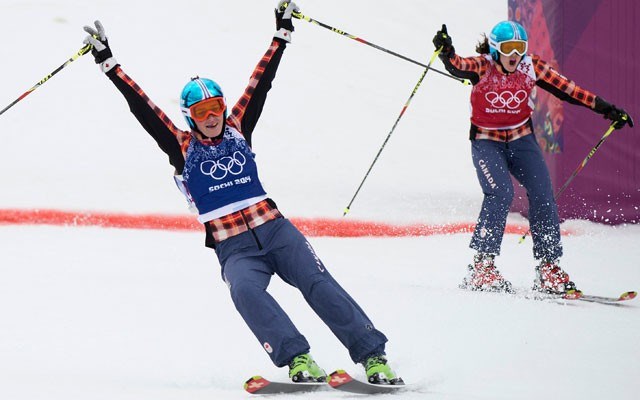 Barring a miracle, there will be a new Olympic ski-cross women's gold medallist.

According to an Alpine Canada release, Thompson overshot a jump during a training run and crashed. She returned to Canada where she received an MRI at Vancouver's Canada Diagnostics to confirm the injury.

"It's definitely disappointing to hear the results of the MRI after such a productive summer of training in the gym and on snow," Thompson said in the release. "I'll be making a plan with my team moving forward and when the time is right getting back on the ski-cross course stronger than ever."

As the defending Olympic champion, three-time FIS Crystal Globe winner (including for 2016-17) and No. 1-ranked women's ski-cross racer, the 25-year-old Thompson was the frontrunner going into the 2018 Olympic Winter Games in PyeongChang, South Korea.

Canada Ski Cross athletic director Willy Raine said it was disappointing news but is confident Thompson will be back.

"It's a devastating blow when any of our athletes suffer an injury," Raine said in the release. "Marielle is a superstar in the sport of ski cross and our medical group is working with her to determine the best recovery options. We are fortunate to have an incredible medical group and partner so I know Marielle will return stronger than ever as she is a champion."

Thompson has suffered knee problems before, missing the end of the 2014-15 season after injuring her meniscus.

The first races of the FIS alpine campaign are set for this weekend in Solden, Austria, as the men's and ladies' giant slalom competitions are good to go.

In the development ranks, Riley Seger will ski with the men's team while para-skier Mollie Jepson will be with the women's para team.

"We are optimistic about a promising season ahead with competitive athletes in every discipline heading into the Olympic Games. We have a big World Cup calendar ahead of the Games and we are excited for success across all of Alpine Canada's alpine teams," Alpine Canada's alpine athletic director Martin Rufener said in a release.

The women's giant slalom will run this Saturday, Oct. 28 while the men will go on Sunday, Oct. 29.