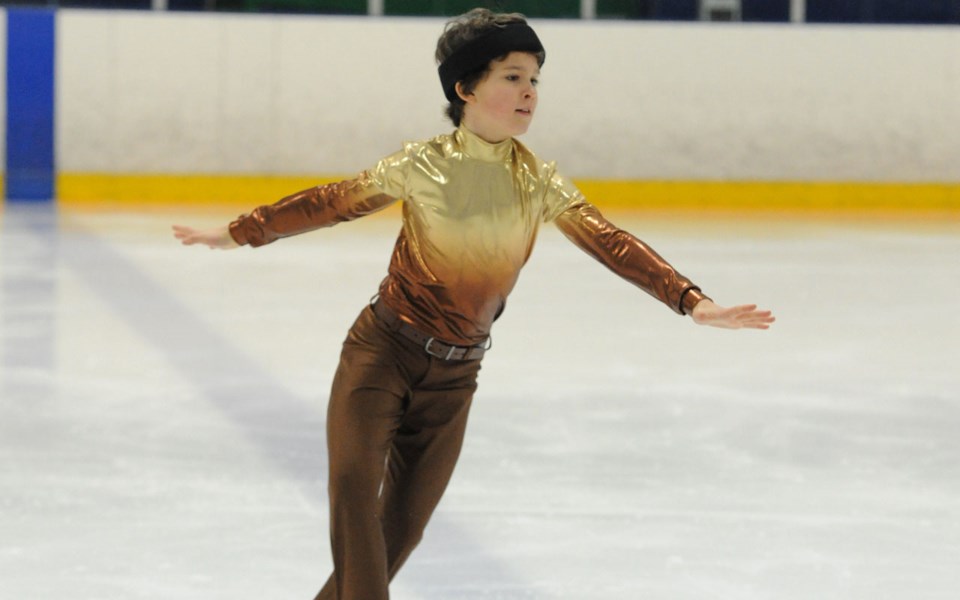 Ethan Adanac of the Whistler Skating Club has a toolbox of physical skills to excel while on the ice, but it was his ear, in part, that helped him score a significant honour.

Adanac learned earlier this month that he received the BC Coast Region’s Scott Roberts Memorial Trophy, receiving the recognition as the artistic winner at the Star 3 level at a virtual ceremony on Oct. 20.

“It took a day and a half for me to realize and have it sink in,” he said.

The recognition during the BC Coast Region’s annual general meeting came and went fairly quickly, but Adanac was also honoured by the club at the practice before the ceremony as his teammates lit sparklers outside of the Meadow Park Sports Centre.

Adanac received the award for his gold-medal performance at the Winterskate competition in Langley back in February, specifically for elements such as his interpretation of the music, choreography, and performance.

As part of his routine, Adanac used an instrumental combination of “Ophelia” by The Lumineers and “Wake Me Up” by Avicii, with the former being his own suggestion.

“At first, when everyone heard that music, they just stopped,” Adanac recalled, noting he’s continuing to use the same music as he advances to Star 4 this year.

Adanac expressed gratitude to his coaches for helping him to reach the heights he has.

“It’s how he can fit his steps with the musicality of the solo, his interpretation of the music,” she said. “He really works so hard to really perform to his music. He spends a lot of hours practising his routine and making it really accurate to the music.”

Diamond said that it’s important for the athletes to jive with the music in their routine, not only for the practical fact that they’ll be listening to it ad nauseam during the season, but also because it brings out a better showing.

“If your heart speaks to the music, you can really perform to the music,” she said. “It’s really important to make sure that your skater has a connection to the music.”

Diamond added that the award is a significant feather in the club’s cap.

“It increases our profile,” she said. “It increases how people look at us in the skating world throughout the province. They’re acknowledging that we have a skater who, choreographically, has outstanding performance and solo.

“That’s a real accomplishment. It’s a kudos for our club and to our coaches.”

Looking ahead to the 2020-21 campaign, Diamond said competitions are cancelled up until December, and there’s uncertainty about what comes after. The Whistler Skating Club, she said, is interested in hosting an interclub competition at some point during the season, though it would need sign-off from sport and government stakeholders to proceed.

Overall, though, Diamond said the focus is on small goals for skaters to work toward in place of competitions.

“I’m trying to create as many goals as possible to keep them motivated,” she said. “This group of kids is so motivated that you don’t have to light the fire. The fire’s lit all the time.”