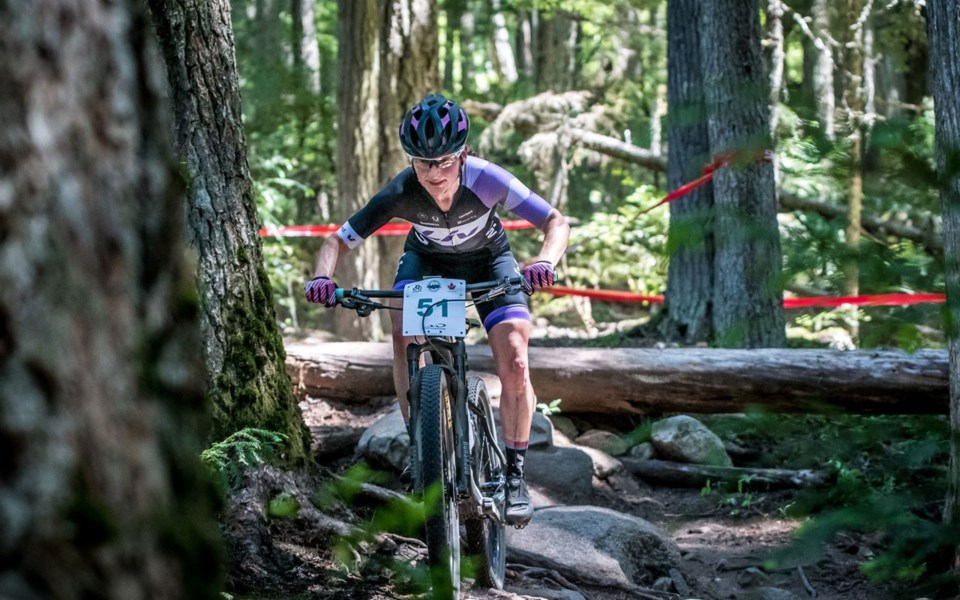 Sandra Walter has been nearly unbeatable this season, and that trend continued at the Whistler Canada Cup and BC Championships cross-country race on June 23.

The Coquitlam rider posted the best time of the day, completing the course in one hour, 41 minutes and 31 seconds (1:41:31) to win the elite women's category by over eight and a half minutes over Kamloops' Elyse Nieuwold and Canmore, Alta.'s Brittany Webster.

Walter said she's been proud of her season so far, especially after making some tweaks to her riding in recent months, crediting her coach and support network for helping those alterations stick. She was thrilled to test herself in Whistler, where she loves to ride, once again.

"I tried to excel at technical riding," she said. "These are some of the hardest trails in the world."

Guthrie appreciated the opportunity to race closer to home, not only for travel considerations, but also because the terrain suits him well.

"I call it real mountain biking there, which helps my strengths over some of the races that are in city parks and such," he said. "With the course, they made some changes this year ... They cut a few new singletrack portions to the climb, which was great. It broke up a bit of the gravel-road climbing that we had on course.

"It was more classic old school in that it was one big climb and one big descent."

Guthrie added everything fell into place as his body was strong and his equipment clicked.

"I had nothing holding me back so I raced smart and efficiently," he said. "I was able to just power away and ride off."

Guthrie said he got an early lead, but some of the younger riders passed him on the initial climb.

"They rode a little bit outside my climbing ability. I just didn't panic and rode my own pace and I was able to pull them back in the next singletrack section," he said, noting he made passes during the next couple of laps. "I was solo for four, four-and-a-half laps.

"Some guys have a strong finishing kick, so I was riding within myself so if someone came back and had a strong last lap or two, I definitely had a little gas in the tank to throw down."

Guthrie caught up with Walter and said they were able to cross the line together.

Whistler also hosted the first BC Cup downhill race of the season on Sunday, June 24.